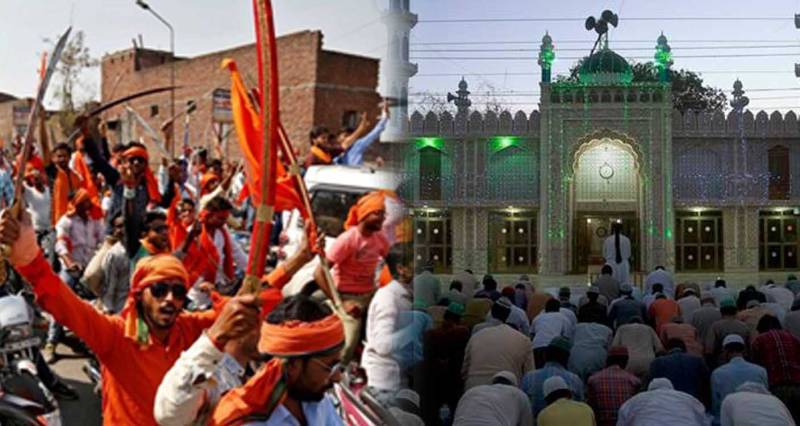 ISLAMABAD – Pakistan has condemned anti-Azaan steps in Indian states as Hindu extremists played devotional songs on loudspeakers to counter the call to prayer.

Reports in international media said several Hindu devotional hymns like Hanuman Chalisa, Suprabhata, and Omkara were played at temples to drown the sound of the morning prayer under an organized campaign by radical groups.

A statement issued by a Foreign Office spokesperson said the disturbing incidents occurred only a day after Sri Ram Sena chief [Pramod Muthalik] made the despicable call for ‘drowning’ the Azaan through the provocative playing of Hindu hymns.

“It is condemnable that a reprehensible so-called Azaan se Azaadi campaign has been launched by Hindu fanatic groups in Karnataka which lays bare the new level of religious radicalism in the BJP-ruled India,” the statement added.

Meanwhile, Pakistan has called on world leaders to take note of the aggravating situation of Islamophobia in Indian states and urged the world to play its due role in ensuring the religious freedom and safety of the beleaguered Muslim community in India.

Loudspeakers were attached on temple walls to counter the sound made by loudspeakers from the mosques in Mysuru by Sri Rama Sene. pic.twitter.com/I8bhQ5cIao

Pakistan also called upon the Modi-led Indian government to transparently investigate the incidents of widespread violence against minorities, particularly Muslims.

Amid the rising Islamophobic incidents, security has been beefed up around temples in many Indian states.

MUMBAI – More than 900 mosques in the Indian state of Maharashtra have agreed to turn the volume down on calls to ...

Last year, the chief minister of the Indian state of Haryana announced that Salah and other religious activities should only be offered at their designated places and not in the open, stressing that the practice will not be tolerated.