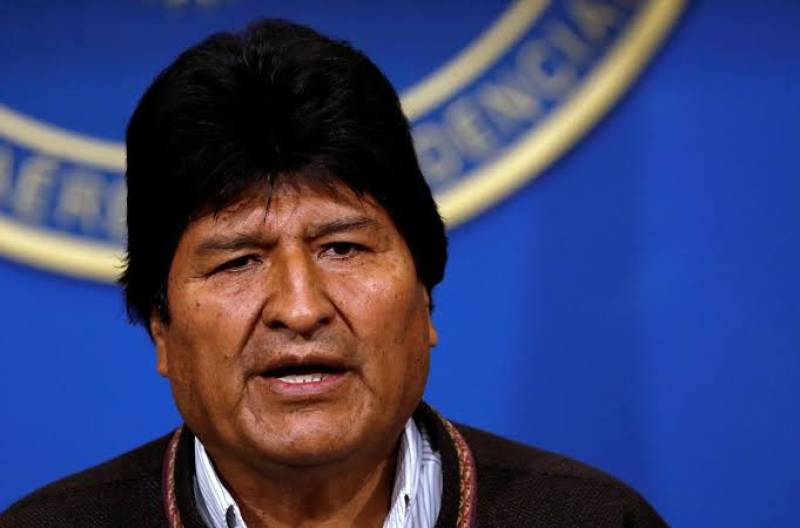 SUCRE – Bolivian President Evo Morales, who remained in power for nearly 14 years, has resigned following weeks of protests over his disputed victory for the fourth term in the election held last month.

"I resign my post as president," Morales announced in a televised address, ending the violent protest in the country. Amid the fast-moving events, several ministers and political allies had also withdrawn support for Latin America's longest-serving president.

"I want to tell you, brothers and sisters, that the fight does not end here. The poor, the social movements, will continue in this fight for equality and peace," the outgoing ruler said.

He also expressed his intention to call fresh elections after overhauling the country's election body.

The head of Bolivian army Williams Kaliman also called on embattled Morales and asked him to resign, an action which is being termed by his supporters a coup against the president.

"After analysing the internal conflict situation, we ask the president of the state to renounce his presidential mandate, allowing for peace to be restored and the maintenance of stability for the good of Bolivia," armed forces commander Williams Kaliman told reporters.

Earlier, the international monitors including Organization of American States (OAS), called for the election result to be annulled, saying they had found clear manipulations in polls.

Morales also said that he had been the victim of a coup, adding that he was leaving to help protect families of political allies after their homes were attacked.

The weeks-long protests erupted in Bolivian, following the report of fraud in polls. Tensions first ran high on the night of the presidential election after the results count was halted for 24 hours, raising eyebrows over the transparency.

As the results were announced, Morales slightly bagged more than the 10-percentage-point lead he needed to win outright in the first round of polls.

At least three people died during clashes while several policemen also injured during the protests.