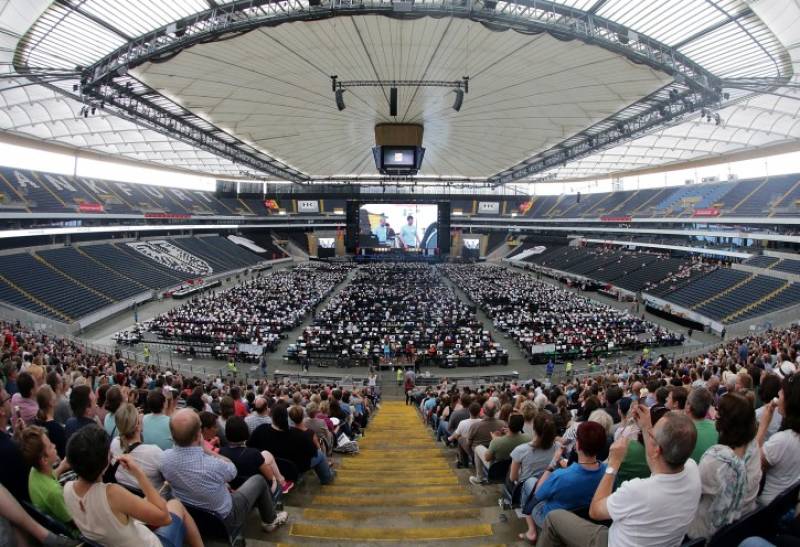 FRANKFURT - An orchestra in Germany on Sunday broke the world record for gathering the largest-ever musical ensemble, comprising 7,548 musicians

The musicians had earlier arrived at theCommerzbank Arena stadium in Frankfurt, complete with instruments, in a boid to break the world record.

The 51,500-seat football stadium was transformed into a classical performance venue with a 550 square meter (yard) video screen installed to enthrall the audience.

The orchestra was led by Hamburg conductor Wolf Kerschek and performed a number of different pieces for approximately 45 minutes.

The orchestra beat the previous record, broken in Australia in 2013 when 7,224 musicians came together to perform at the Queensland Music Festival.

Here's a glimpse of the record-breaking performance: