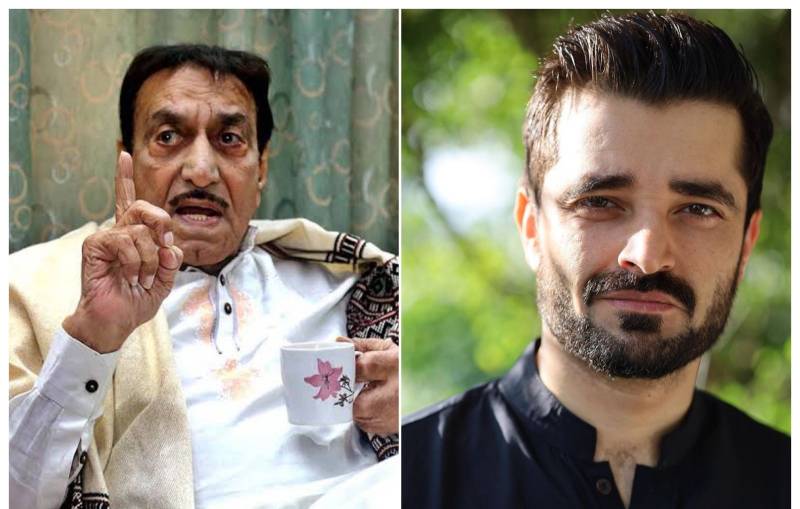 Veteran Pakistani actor Mustafa Qureshi is all praises for heartthrob Hamza Ali Abbasi after watching The Legend of Maula Jatt.

The OG Noori Nath portrayed Sultan Rahi's arch-nemesis in the 1979 Yunus Malik directorial. He was present at an exclusive pre-release screening of the remake held in Karachi’s Atrium Cinemas on Monday.

Impressed by Hamza’s reprisal of Noori, the veteran lauded his acting prowess while speaking to the press. "Hamza Ali Abbasi has given a tribute to Noori Natt with his exceptional role,” he said. “He has done a superb job, so has everyone else,” he added.

The actor also presented his thoughts on the remake and maintained that “a franchise like Maiula Jatt needed this kind of technology and scale to be revamped properly.”, he shared.

A reboot of Yunus Malik’s 1979 cult classic Maula Jatt, the film is a re-telling the story of the rivalry between Maula Jatt and Noori Natt.

Pakistani cinema's most awaited The Legend of Maula Jatt directed by Bilal Lashari managed to gain millions of ...