The shocking truth behind Pakistan's $5 billion remittances to India 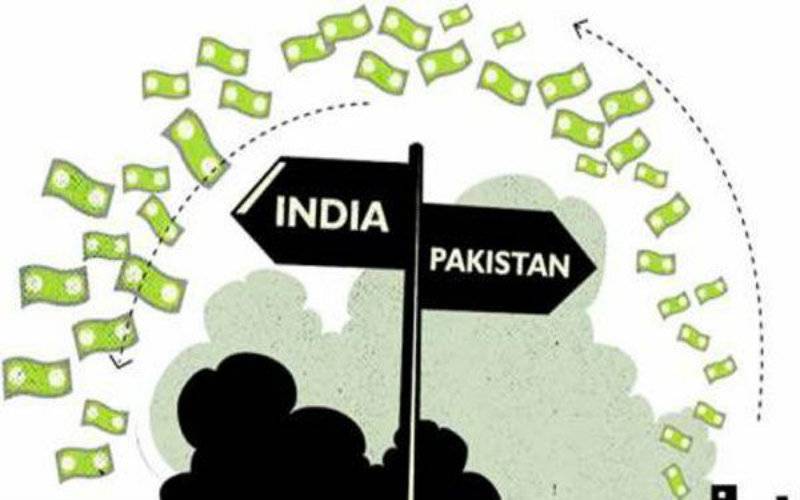 LAHORE - The World Bank, in a recent report based on ‘an educated guess’, has stated that Pakistanis sent almost $5 billion to India last year.

It is also being presumed that a whopping $15 billion was remitted to India during last three years, making Pakistan one of the largest sources of remittances to the world’s second-most-populous country.

However, this is far from reality as the World Bank makes such guesses through models that uses the population and origins of immigrants, average incomes and cost of living in each country to estimate how remittances flow.

According to the World Bank report, Pakistan remitted $4.7 billion to India in 2014-15, while $4.9 billion in 2015-16 in account of foreign exchange. Pakistan remitted about $5 billion to India annually, the report added. However, the report is based on models of immigrants and the World Bank considers people who migrated during the partition in 1947 and since as migrants, and according to their estimates in their models, this amount of migrant population should be remitting X number of dollars. Hence their supposition in the model fails in this case because of the specific nature of migration during 1947, which completely severed ties between India and Pakistan.

“It’s an inexact science,” says Dilip Ratha, a lead economist at the World Bank and a manager of its migration and remittances development prospects group, which helped come up with the numbers.

Ratha said. “The bilateral remittances are basically made up according to assumptions.”

A Pakistani TV anchor tried to relate the abnormal remittances involving billions of dollars between two rival countries with the incumbent PML-N government, and somehow hold the government responsible for World Bank's suppositions.