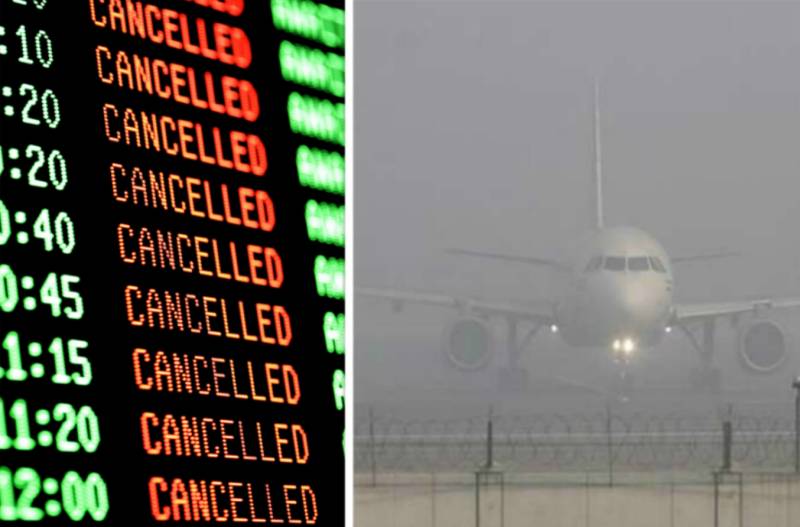 LAHORE - The Punjab Government had installed an anti-fog system at the Lahore airport in 2015, but it turns out that the $25 million solution has miserably failed to compensate for the decaying aviation system and airlines in the country.

As dense fog engulfs the capital city of the province, incoming flights to Lahore are either being diverted or cancelled without prior intimation, causing serious inconvenience to the passengers. The anti-fog system that was installed with great fanfare lacks the capacity to measure fog which would allow pilots or air traffic controllers to take preemptive measures.

Lahore-bound flight PK-204 which was scheduled to take off from UAE at 2 pm has now been deferred until 8:15 pm because of low visibility level due to the dense fog in Lahore.  The passengers complained that the PIA did not intimate them regarding the changes in its schedule, with the result that they had to wait for hours at the airport without any news regarding their flight.

"Had the PIA authorities been adequate enough to predict the inclement weather, they would have rescheduled the flight in the day," one of the stranded passengers complained, adding the flight will now be diverted to Karachi which will further hamper efforts to reach Lahore.

The passenger said that unlike PIA, Emirates informed its passengers five hours beforehand, and would reschedule the flights smoothly without causing undue inconvenience to their passengers.

Apart from personal suffering, the situation raises serious question marks about the Instrument Landing System CAT-III(B) installed at the airport.

According to the Civil Aviation Authority (CAA), the new system is working very well, and the fault lies with the pilots who have failed to take ‘full advantage’ of it. The CAA also claims that pilots are provided training on how to utilise the technology, but despite the passage of a whole year, cancellation of flights due to bad weather seems to go unabated.

Passengers seem to have to terms with the fact that their sojourns at the airport will be long and miserable. The pressing question remains: What options exist to improve their situation? Is it too much to expect at least timely warning ahead of unfavorable weather conditions from a multi-million dollar technology?