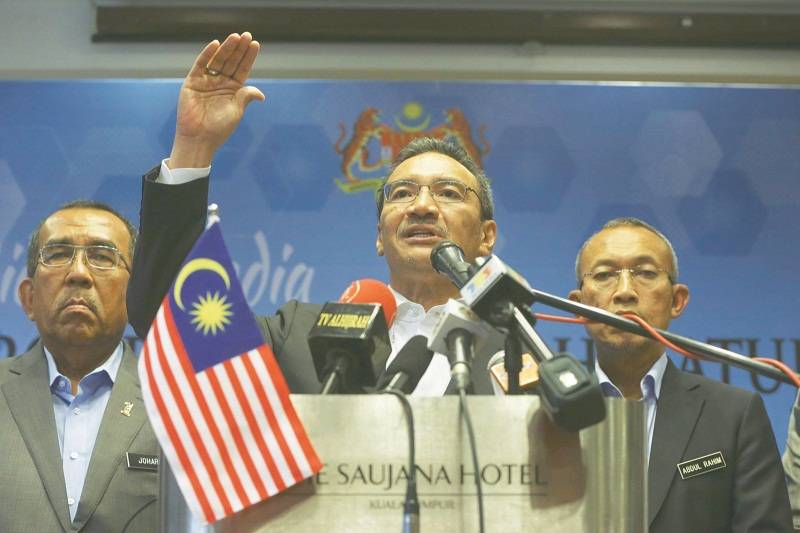 KUALA LUMPUR - Taking strong exception to US President Donald Trump's recognition of Jerusalem as Israel's capital, Malaysian defence minister has said that his country's military was prepared to perform its duty if its services are required.

'We have to be prepared for any possibilities. The ATM (Malaysian Armed Forces) has always been ready, waiting for instructions from the top leadership,' Hishammuddin Hussein said while winding up the debate at the UMNO General Assembly 2017 on Saturday.

Hussein who also serves as the UMNO vice-president (United Malays National Organisation) said that he was confident about carrying out any order from the supreme commander of the Malaysian Armed Forces, Yang di-Pertuan Agong, Sultan Muhammad V.

He continued that the United States’ plan to make Jerusalem the capital of Israel was a slap in the face for the entire Muslim world.

The strongly-worded remarks came amid widespread protests in the Muslim world that was riled by POTUS decision regarding Jerusalem's recognition, a step avoided intentionally by his predecessor fearing a chaos in middle-East.

French President Emmanuel Macron disapproved of US President Donald Trump’s recognition of Jerusalem as Israel’s capital terming it ‘contrary to international law and dangerous to peace’, calling upon Israel’s and Palestinian leaders to devise a peaceful end to the conflict.

Macron met Israel’s Prime Minister Benjamin Netanyahu on Sunday and urged him to freeze settlement building and initiate confidence-building measures with regard to the Palestinian authority saying POTUS decision was ‘unilateral’.

Detailing the discussion in front of newsmen, Macron pointed to the necessity that Tel Aviv freezes settlements to send a message of confidence to Palestinians in a bid to resume talks and ‘break the current stalemate.’