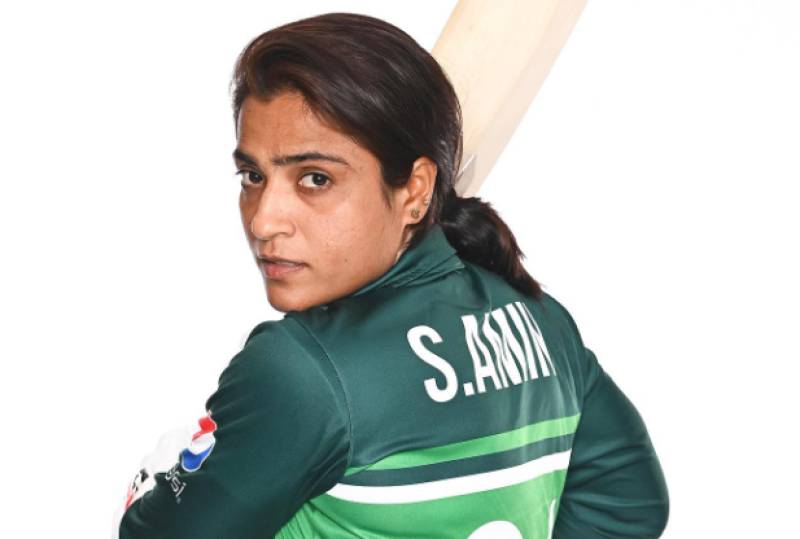 LAHORE – Pakistan opener Sidra Ameen has won the Women’s Player of the Month award for the first time after a stellar display with the bat during the month of November.

Ameen smashed 277 runs during the ODI series against Ireland at home, including the fifth-highest individual score in women’s ODIs in the first match in Lahore, said ICC in a press release.

The Pakistan opener made an unbeaten 176 off 151 balls in that clash, combining with her partner Muneeba Ali, who also completed a century in the process, in a record 221-run stand for the opening wicket.

ICC Women’s Player of the Month for November 2022 revealed.

The century was also Pakistan’s first score greater than 150 in women’s ODIs. She went on to make another brilliant contribution in the series at the same venue, making 91* in the second match as Pakistan completed a series victory.

Ameen also rose to 22nd on the ICC Women’s ODI Batting Rankings and is the highest ranked Pakistan batter on the list.

Ameen was understandably thrilled to accept the monthly award.

“I feel great to have won this award,” she said.

“It is also special following my teammate Nida Dar who won the award for October.

“This shows our team has displayed some great performances in the past few months in international cricket.

“I would like to dedicate this award to my parents and to everyone who has always supported me and prayed for my success.

“My performance with the bat against Ireland which helped the side claim the sweep over Ireland in the ODI series at home will always remain close to my heart.

“Individually, this year has been great for me, I have scored three ODIs centuries and all coming this year.

“And to top it off, ending the year by winning the ICC Women’s Player of the Month for November is just amazing.”