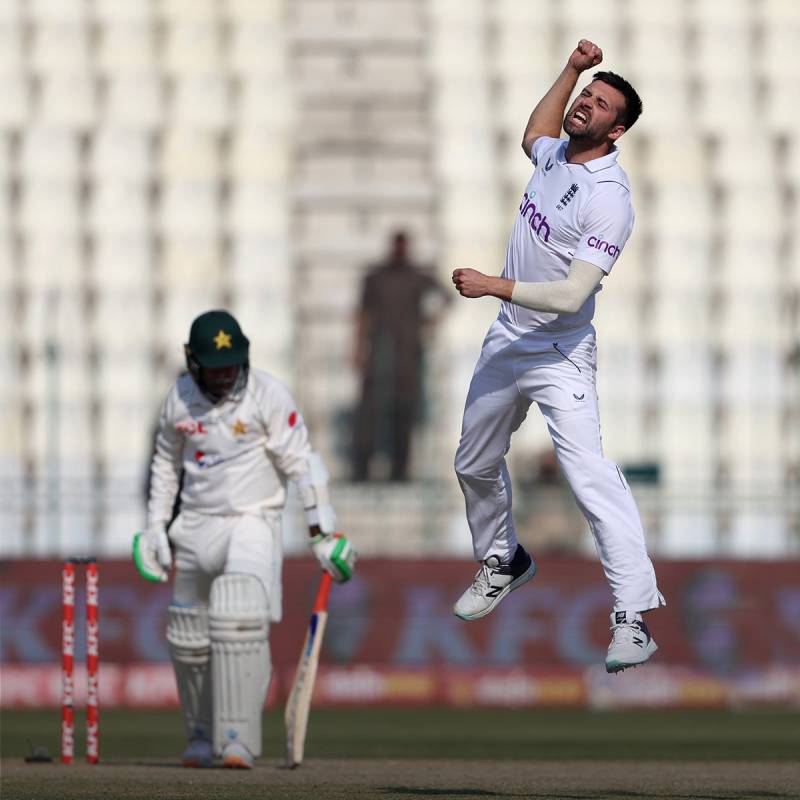 MULTAN – England took an unbeatable 2-0 lead over Pakistan in their three-match Test series with a 26-run win in the second game at Multan Stadium on Monday.

England's right-arm quick Mark Wood pulled out a sensational comeback for visitors as he removed Mohammad Nawaz and Saud Shakeel to hang the second test in balance.

Nawaz played a sensational knock of 46 off 62 balls to put Pakistan on top with Saud Shakeel equally contributing with his A-game.

Pakistan was 291-7 at Lunch as England earlier frustrated by Saud Shakeel and Mohammad Nawaz's partnership as the duo survived a second new ball taken after 80 overs.

On Day 3, England was bowled out for 275 in the second innings, with Harry Brook scoring his second century of the historic tour while Pakistan was at198-4 at stumps of Day three of the second Test.