Pakistan delegation under PAF Chief is on a working visit to Azerbaijan to enhance military cooperation.

The satisfaction with the development of traditional friendship and mutual trust between the peoples of the two countries as well as the level of strategic partnership was expressed at the meeting.

Both sides discussed the issues of development of cooperation in the military, military-technical, and military-educational spheres, including cooperation between the Air Forces of the two countries, and further expansion of bilateral relations. 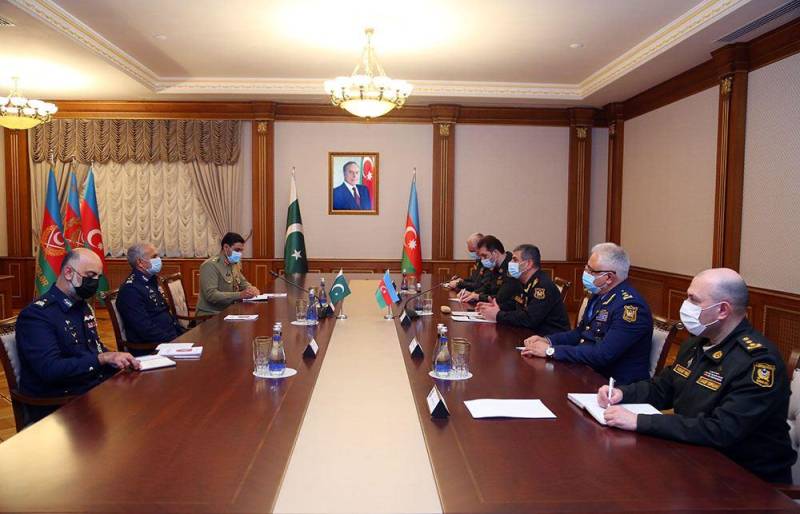 Pakistan Air Force delegation also visited the Alley of Martyrs, laid wreaths and flowers at the graves of martyrs to paid tribute for the soldiers who lost their lives combating territorial integrity.

ISLAMABAD – Pakistan, and Korea have agreed to hold further talks on the proposed Free Trade Agreement. Both ...