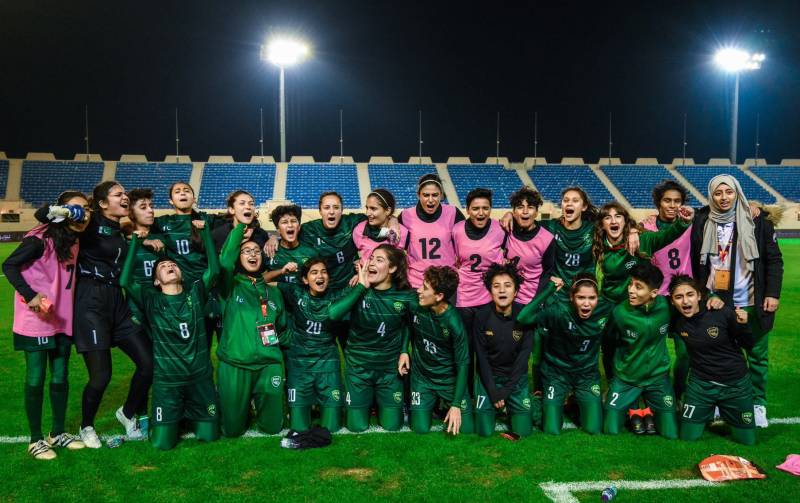 ISLAMABAD – Pakistan’s women’s football team has earned a comfortable 1-0 victory against Comoros in the maiden game of the Four-Nation Cup being held in Saudi Arabia.

The Women in Green locked horns with East African country in their first game on Wednesday at the Saud Bin Jalawi Stadium.

Both sides gave a tough contest to each other in the first half, with Team Green managing to break the deadlock in the second half.

Anmol Hira remained the star performer as she gave Pakistan a 1-0 victory against Comoros in the maiden match of the four-nation Cup. The squad will now lock horns with Mauritius on January 15, and the final game will be played on January 19.

We start our campaign off with a 1-0 victory against Comoros. Anmol Hira with a last minute winner ❤️#PakisfanFootball #DilSayFootball #WomensFootball pic.twitter.com/4SggtVjiVw

It’s the second feat for Women in Green after Pakistan thrashed Maldives 6-0 in September last year at SAFF Women’s Championship in Nepal.

The Four nation-friendly tournament includes Saudi Arabia, Pakistan, Comoros, and Mauritius, being held in the eastern region of Saudi Arabia.

Women are making history in soccer as the Kingdom allowed women to play famous sports amid a plethora of changes in the Islamic nation.