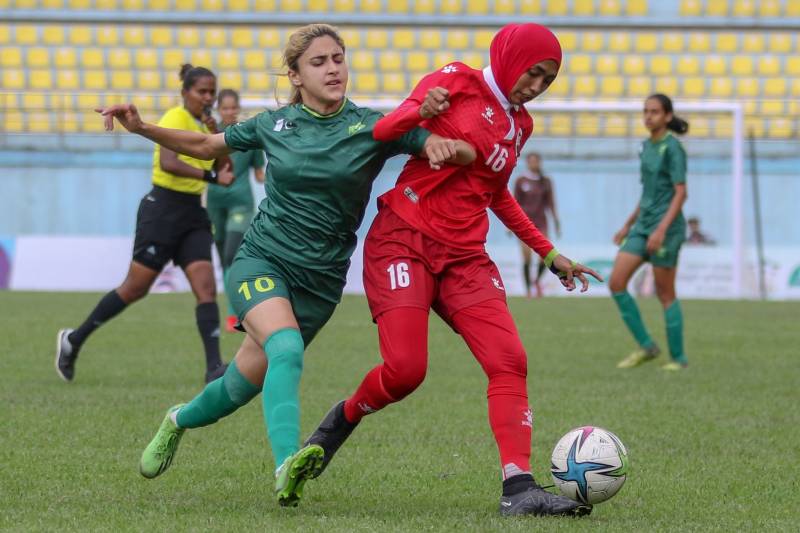 KARACHI – Pakistan women’s football team overwhelmed Maldives to set up a crushing 7-0 victory on Monday in their last game of the SAFF Women’s Cup.

Women in Green played differently from their last game against Bangladesh as Nadia Khan scored four goals and etched her name in history for being the first ever Pakistani to score four goals in an international match for women’s football.

Young player Rameen Fareed scored the first goal for greens as she put the ball in the net with a long shot in the 39th minute of the game. Khadija Kazmi then converted a penalty shoot into a goal in the 48th minute.

Nadia then charged down the kick and scored the first of her four goals in the 53rd minute, 78th minute, 84th minute, and 90th minute. Anmol Hira also displayed A-game as she scored the last goal of the match in the 94th minute.

Pakistan women’s football team was placed in Group A of the tournament with India, Bangladesh, and the Maldives.

LAHORE – Pakistan and India will face each other in SAAF Women's Football Championship today (Wednesday) as the ...

The Pakistani squad is already out of the tournament after getting thrashed by Bangladesh and India.