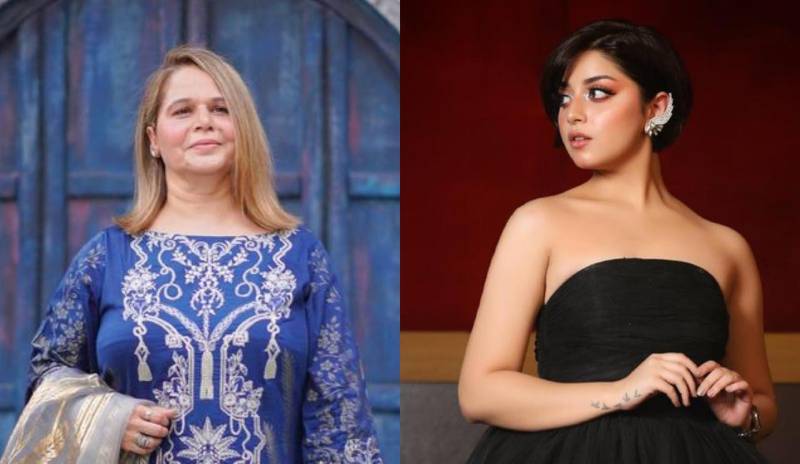 Galaxy Lollywood's 'Amma' has slowly yet surely created a niche for herself as the masses' favourite drama critic enjoys a huge fan following.

From embedding hilarious improvisation of cringe-worthy scenes to lauding the talent for actors' spectacular performances, Amma's ability to call spade a spade shines through proving that she is the queen of subtle roasting.

This time around, Amma jumped onto the bandwagon to discuss the blown out of proportion debate circulating around starlet Alizeh Shah's wardrobe choices on the Hum Style Awards 2021.

Sharing her two cents on Shah's dress, Amma humorously takes a dig as she voices out her concerns regarding Alizeh having a possible wardrobe disaster. Further, she advised avoiding wearing such dresses where adjustments are required continuously or gowns that make them uncomfortable.

Earlier, Alizeh Shah broke the internet with her Hum Style Awards 2021 look as she created a ruckus with her strapless black princess gown.

Despite looking beautiful, the netizens shared some unsolicited views and bashed the starlet. Sparking a meme fest, the internet was flooded with hilarious impressions after Alizeh’s pictures went viral.

Glitz and glam star Alizeh Shah has lately been more visible than any other celebrity in Pakistan. From sizzling ...