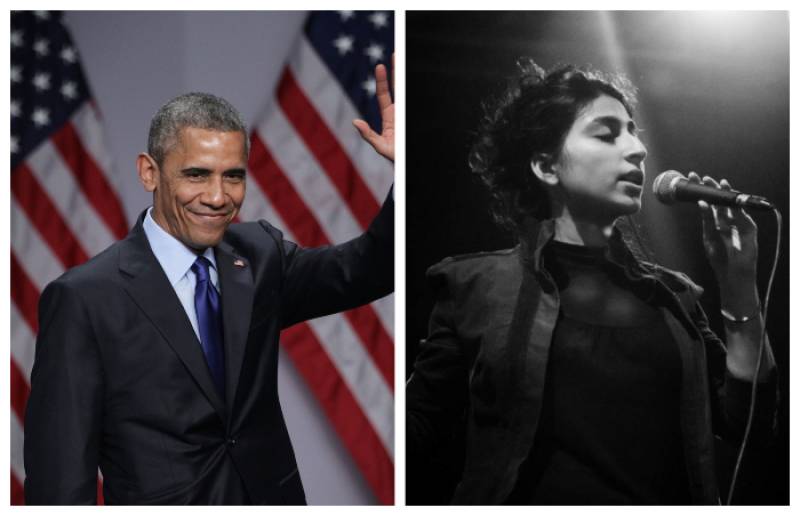 US President Barack Obama sent the internet into a frenzy as the politician gave a subtle nod to Pakistani musician Arooj Aftab.

Leaving an impression on the former president, Arooj's 'Mohabbat' from the album Vulture Prince has been featured in Obama's 2021 summer playlist.

Recently, Barack gave an insight into his music playlists where he immensely enjoyed listening during the summer for the past couple of years. This year's playlist is titled Barack Obama's Summer Playlist.

"With so many folks getting together with family and friends, there’s a lot to celebrate this summer, I put together a playlist of some of the songs I’ve been listening to lately  — it’s a mix of old and new, household names and emerging artists, and a whole lot in between."

Aftab's song 'Mohabbat' inclusion came as a pleasant surprise as her song was mentioned alongside songs from artists such as Stevie Wonder, The Rolling Stones and Rihanna.

Reciprocating the appreciation, Arooj was delighted to be included in the list and shared the news on her Instagram.

"Well this has been wonderful to wake up to!" she wrote. "Thank you barack Obama."

Arooj Aftab made her debut in 2015 with her album Bird Under Water. Her album Vulture Prince, which includes 'Mohabbat', was released in 2021.

US Representative Ilhan Omar sent the Internet into a frenzy as the 38-year-old politician gave a subtle nod to ...