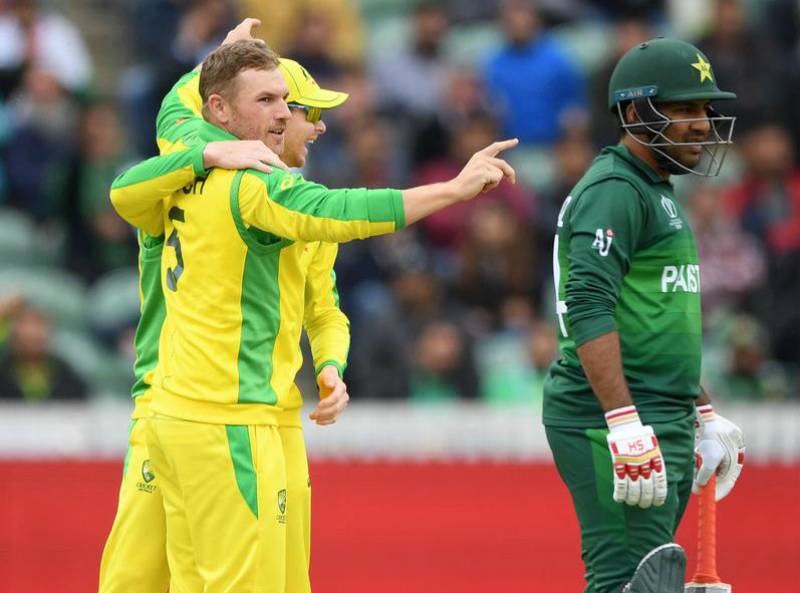 TAUNTON - Australia registered a 41-run win over Pakistan in the 18th encounter of ICC Cricket World Cup 2019 at Taunton on Wednesday.

Shaheen Shinwari was the last man standing when skipper Sarfaraz Ahmed was run out for 40. It was a disastrous end for Pakistan as they are all out for 266 and fall short by 41 runs in the end. With this, Australia register their third win of the tournament.

Earlier, Australia set a target of 308 runs against Pakistan, who won the toss and decided to bowl first against five-time champions.

On the other hand, Mohammed Aamir took 5 wickets while Shaheen Afridi sent two to the pavilion; Hassan Ali, Wahab Riaz and Mohammad Hafiz took one wicket each.

Shadab Khan was replaced by Shaheen Afridi during the latest encounter that began at 02:30 pm according to Pakistan Standard Time (PST).

Earlier, Australian cricket team defeated Afghanistan by seven wickets and then edging the Windies out for 15 runs.

On the other side, Pakistani cricket team had lost its opening match to the West Indies by seven wickets but came back to the winning lines by defeating hosts by 14 runs.

Pakistani team will reply on quality spinners like Imad Wasim and Shadab Khan for potential bowling attack, while in batting, players like Imam-ul-Haq, Mohammad Hafeez, Shoaib Malik and Sarfaraz Ahmed have to play their vital roles in helping the team to make a good score.