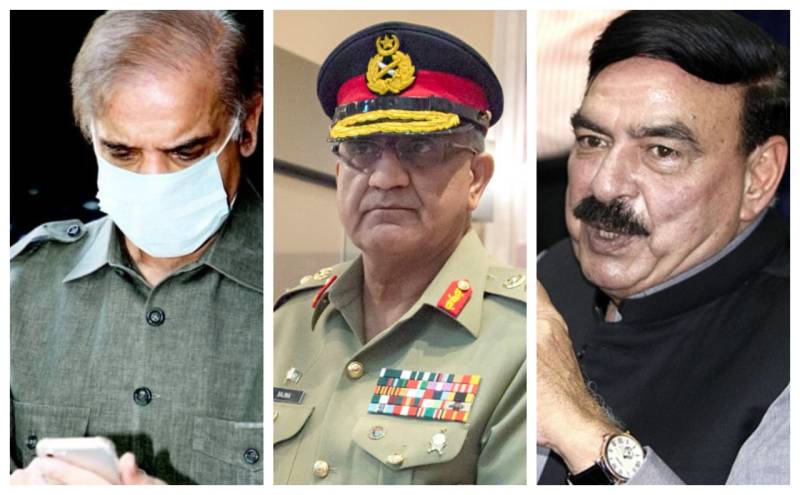 The army chief, during the conversation, whished them a speedy recovery. The infection now has affected over 125,000 people across Pakistan.

The railways minister is currently in self-isolation at his home in Rawalpindi since contracting the virus earlier this week.

COAS in telephonic contact with Rasheed asked him to take special care of his health and also ensured to cooperate if needed. The railways minister expressed that he was grateful to the army chief for inquiring about his health.

Separately, the top general inquired after the health of the leader of the opposition in the National Assembly.

Shehbaz Sharif tested positive for coronavirus on Thursday and he has quarantined himself at his Model Town residence.

It is pertinent to be mentioned here that on Tuesday, Shehbaz Sharif appeared before the National Accountability Bureau (NAB) in money laundering and assets beyond income cases.