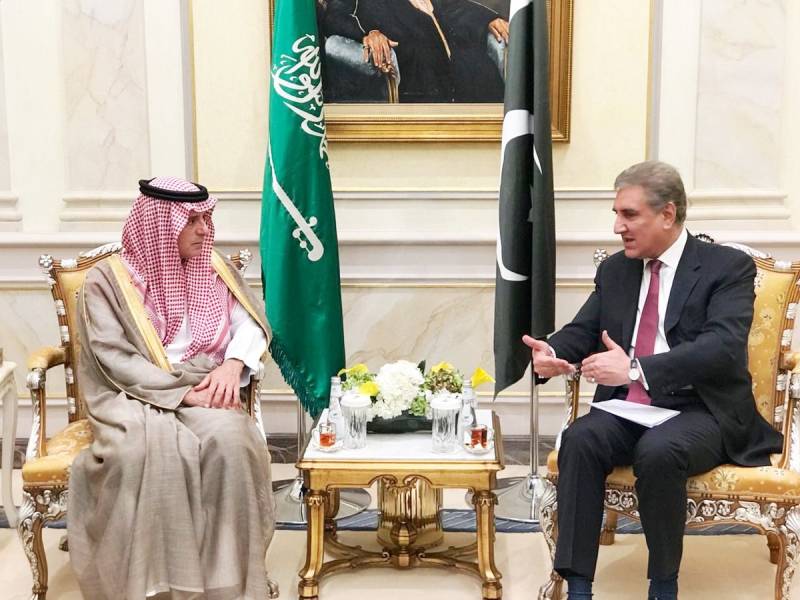 The Saudi foreign minister apprised F Qureshi about the challenges of organizing Hajj and the policy measures taken by the Kingdom in the larger interest of public health.

Foreign Minister Qureshi conveyed his understanding of the situation and expressed confidence in the decisions taken in public interest by the Custodian of the Two Holy Mosques.

During the call, the two foreign ministers reaffirmed long-standing and fraternal ties between Pakistan and Saudi Arabia.

In view of the recent visit of Prime Minister Imran Khan to Saudi Arabia, the foreign ministers reviewed the outcomes of the successful visit and agreed to work together towards early and effective implementation of decisions taken by the leadership of the two countries.

The two foreign ministers also discussed bilateral cooperation in various fields, as well as the two countries' cooperation in multilateral organizations. They also exchanged views on global and regional issues of mutual interest.

Commensurate with the close and cordial relations between Pakistan and Saudi Arabia, the foreign ministers of both countries hold frequent consultations on diverse issues.

The two foreign ministers met twice in May 2021; first, during the visit of the Prime Minister to Saudi Arabia, and then on the sidelines of the United Nations General Assembly meeting on Palestine in New York.