Probe ordered into discovery of ‘spy cameras’ in Pakistan’s Senate 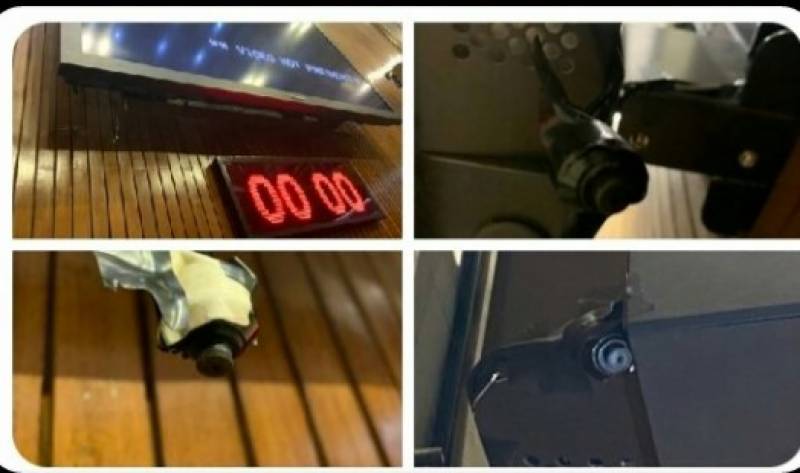 ISLAMABAD – A six-member committee will probe a matter related to hidden cameras found by opposition leaders in polling booth ahead of election for Senate chairman and deputy chairman slots on Friday.

Presiding officer Muzzafar Hussain Shah said that three members each from Opposition and government will be part of the committee.

He has directed the both sides to submit name of their members to Senate secretary.

Earlier today, Pakistani Senators and the leaders from both government and opposition leaders were surprised to discover “hidden” cameras in the polling booth.

As the proceedings commenced, PPP’s Raza Rabbai made this “disturbing announcement” that secret cameras had been installed at the polling booth.

“It is clear violation of Article 226 of the Constitution,” said Raza Rabbani followed by the fellows’ slogans of “shame, shame”.

Following the protest of the opposition leaders, the presiding officer issued directives for changing the polling booth. “A new polling booth should be set up instead of the present one,” said the Presiding Officer.

Mustafa Nawaz Khokhar who is the PPP Senator had pointed out earlier that PML-N Senator Musadiq Malik had found “secret cameras” in the polling booth.

The senators had shared apparent evidence on Twitter hours before the Senate was set to elect its new chairman and deputy chairman.

ISLAMABAD – Pakistani Senators and the leaders from both government and opposition leaders were surprised to ...