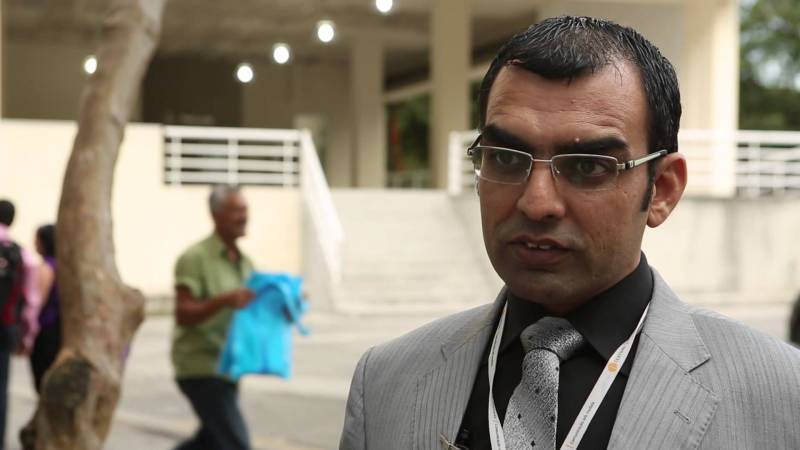 Dr. Fasihuddin, who is now serving as Director Research and Analysis Centre KP, was removed from his post of Director FIA, KP in November 2010 after the publication of an erroneous news story about him. The story was written by Umer Cheema and published in The News International.

In a detailed verdict issued on May 11, Additional District and Session Judge Aurangzeb Khan declared that, "the plaintiff [Fasihuddin] has suffered damage to his honor and reputation as a result of the disputed article published in newspaper "The News International" by the defendant [Umer Cheema]."

As per the court's judgment, the plaintiff is entitled to general damages of Rs. 1 million in compensation for the erroneous story published about him.

The respondent Umer Cheema was also directed by the court to publish an apology in a similar manner and with the same prominence as the defamatory statement published about the plaintiff.

While talking to the media, Fasihuddin said that after five long years of trial proceedings, the court had passed a landmark verdict that will discourage slanderous, baseless, defamatory and disrespectful reporting in the future.

He said that he has suffered a lot due to the false reporting of Umer Cheema, including being named in NAB and Establishment enquiries, which eventually led to a bar on his promotion.

The verdict by Aurangzeb Khan mentioned that the story published by Umar Cheema in 2010 was disputed admitting that the plaintiff, Director FIA suffered damages to his honour. 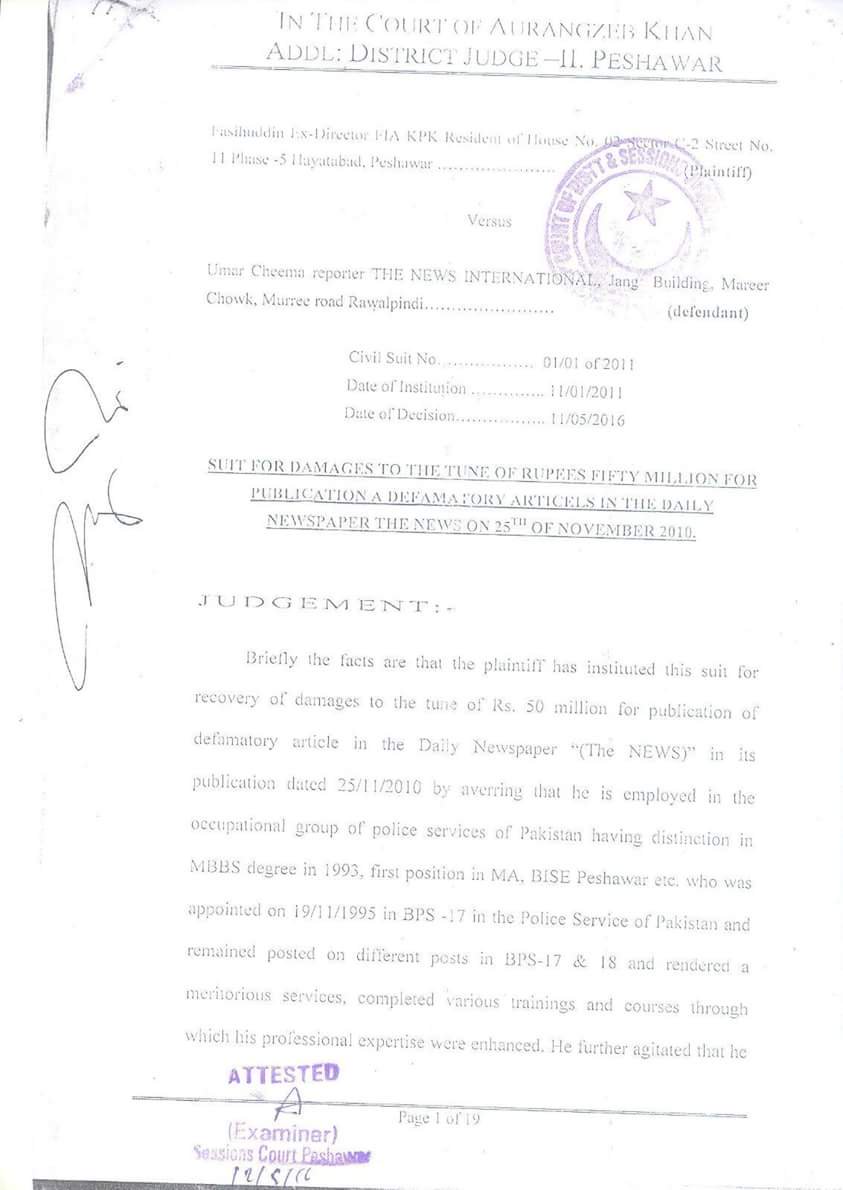 The three-page verdict also directed Cheema to write an apology in the same manner and if failed to do so, additional one million fine would be imposed on 'The News' reporter. 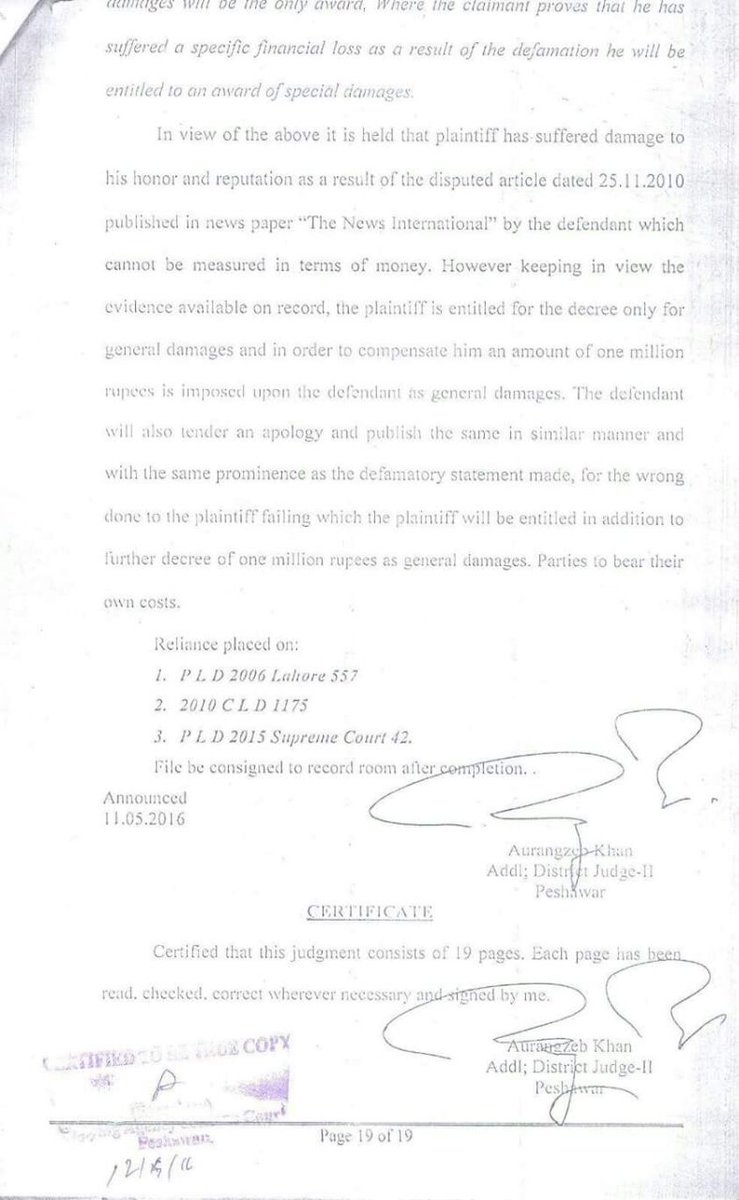 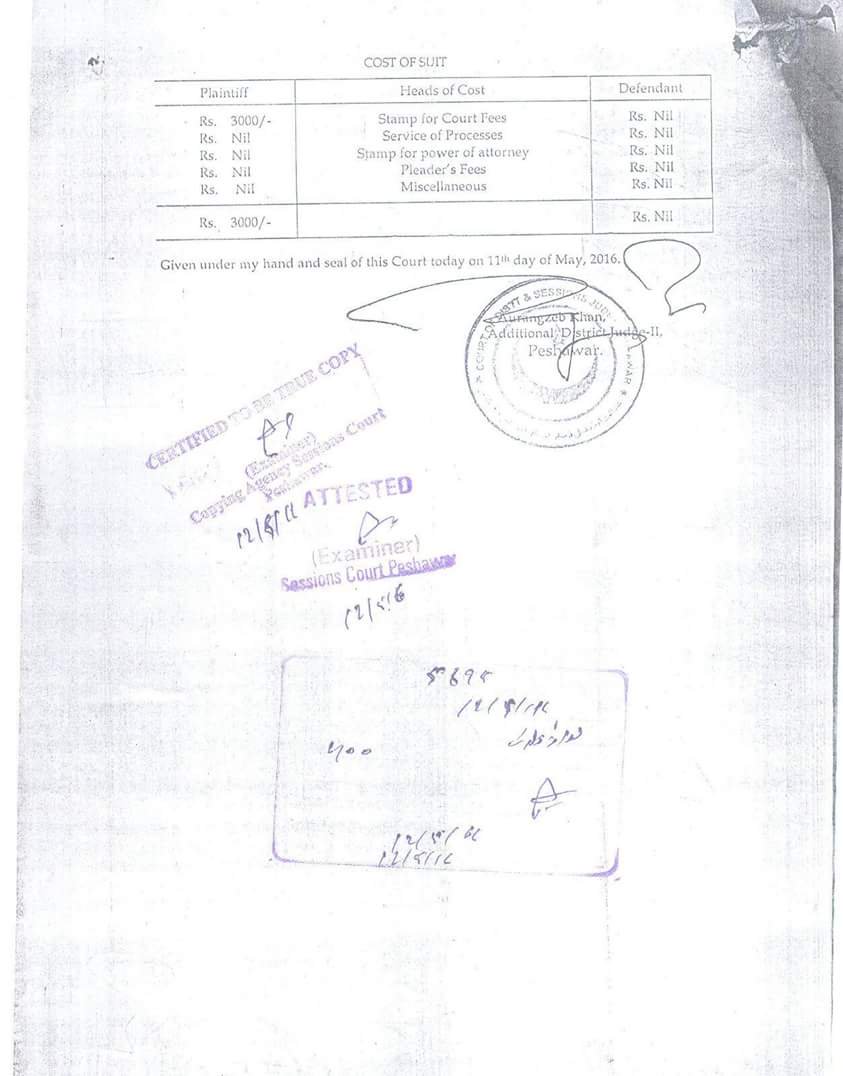