This weird machine working in China can also be very useful for Lahore. Do you know what it is? 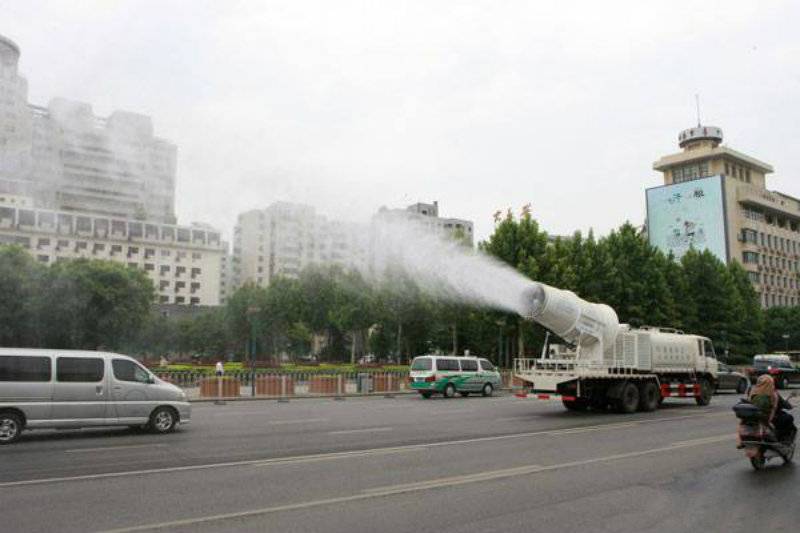 BEIJING - While choking smog has reached over 25 times safe levels in the Chinese capital, two fog cannons have been launched in Beijing with the aim of reducing levels of harmful PM2.5 particles and dust.

The mobile blowers, also known as dust suppression systems or dust fighters, are designed to dampen the air and control particulate matter, and are normally found at coal depots and other industrial sites where dust is a problem, reports Beijing Morning Post.

The fog cannons consist of a high power turbine ventilator, which can spray a light rain to a distance of 120 meters, and 60 metres into the air. The operator can also rotate the "cannon" by 270 degrees via remote control. 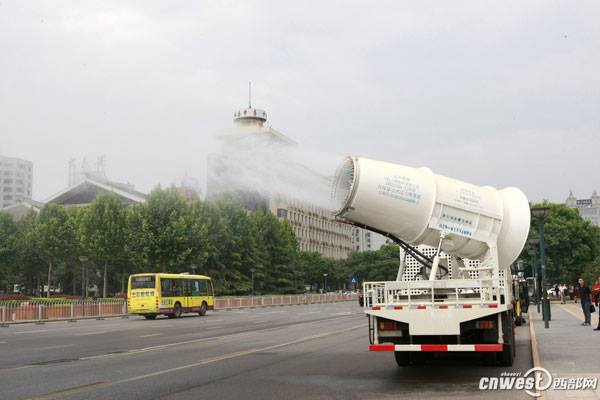 The dust fighter machines used to battle smog in Beijing can make tiny water mist particles as small as dust.

The two machines will mainly be seen in key areas in the city - the Foreign Embassy area, the Olympic park, Asian Sports Village and Taikoo Li Sanlitun shopping area.

According to the Beijing Morning Post, the air becomes temporarily bright and clean after the dust fighter has passed by.

The machine usually makes two runs a day, but may need to be used 3 to 5 times a day on days with heavy smog.

According to the company providing the service, other districts in Beijing have expressed an interest in the dust suppression system, so these fog cannons could become a very familiar sight on the streets of the Chinese capital.

Pakistan, a close partner of China, is also battling smog in its plains including Lahore, Gujranwala, Sahiwal, Faisalabad, and Rawalpindi. And these fog cannons can play a major role in bringing down the dangerous level of hazardous smog in Pakistan as well. The authorities in Pakistan must seriously think about it and ask its "all-weather friend" for this innovative invention to help control the rising smog.