Gilgit-Baltistan Election 2020 — here’s all you need to know 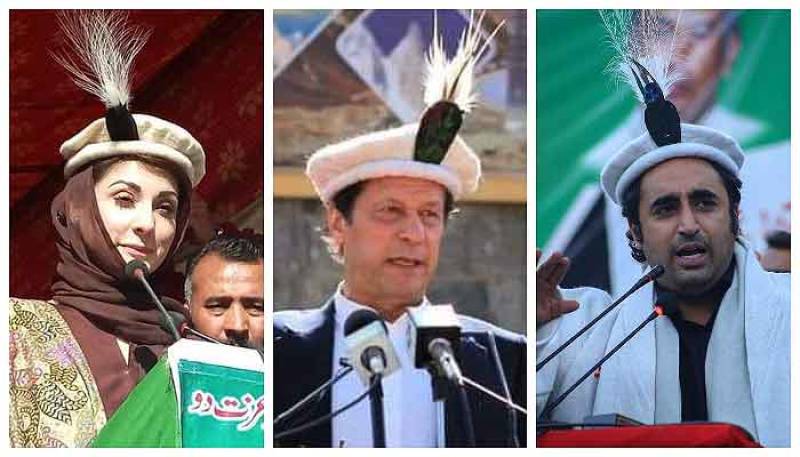 ISLAMABAD – Elections for the third legislative assembly of Gilgit-Baltistan are scheduled to be held on November 15 (Sunday) in 24 constituencies.

Political temperature has reached a boiling point in cold weather of the region as rival parties are running election campaigns with firing salvos against each other and new promises to the voters.

Pakistan Tehreek-e-Insaf (PTI), which rules the Centre, Pakistan Peoples Party, Pakistan Muslim League-Nawaz, Jamiat-e-Ulema Islam, and other parties are set to lock horns in the election.

For the upcoming polls, the PPP has fielded 23 candidates while 21 candidates are representing Pakistan Muslim League-Nawaz (PML-N).

The PTI has announced seat adjustment with Majlis-e-Wahdat Ul Muslimeen (MWM) on two constituencies. Following is the list of candidates of the PTI; 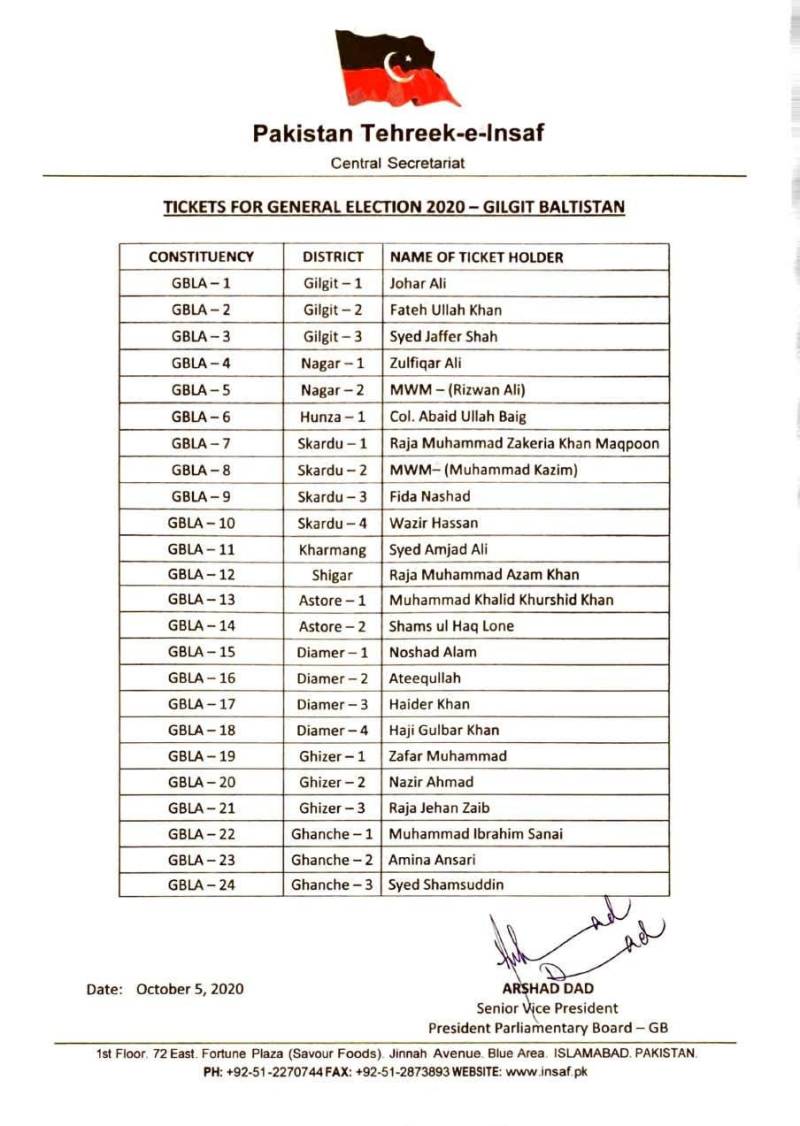 330 candidates, including independent, are contesting the GB Election 2020, which were earlier scheduled to be held in August but postponed due to coronavirus pandemic.

Gallup Pakistan and Pulse Consultant also conducted surveys in the region, showing ruling PTI in the strongest position and followed by the PPP.

According to the survey, the PML-N, which had been ruled the GB during the last five years, has lost popularity as it has been placed at the third position in the survey.

For the GB election, the caretaker government has decided to not call the Pakistan Army to preside over the polls.

Only four female candidates will be contesting the polls, showing the under-representation of women in the region.

For GB election 2020, 65,365 more male voters have registered themselves, resulting 9% increase in the gender gap.

Polling will begin at 8 am and continued till 4pm.

Following are results of 2015 Gilgit-Baltistan Elections; 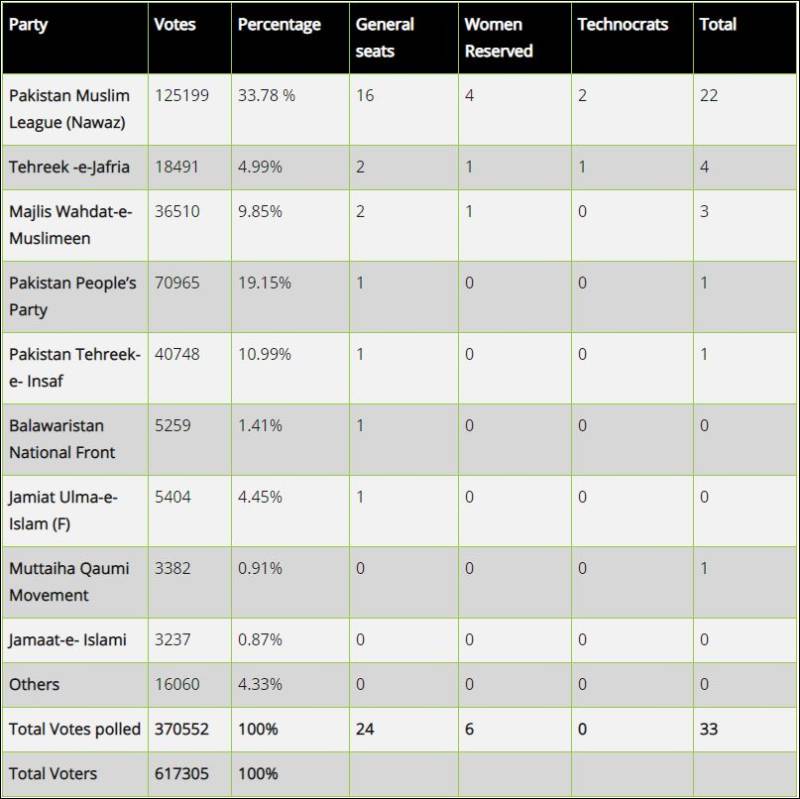