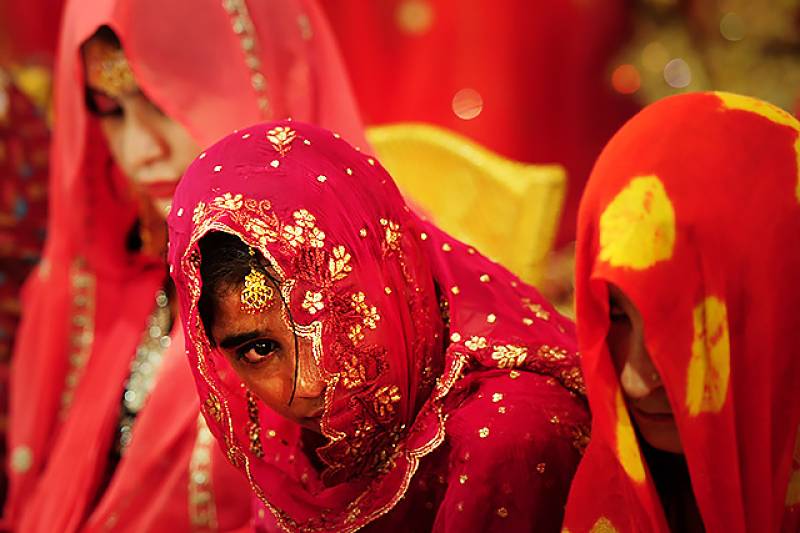 ISLAMABAD - The Senate Standing Committee on Interior rejected ‘The Child Marriage Restraint (Amendment) Bill, 2017’ which suggested increasing the minimum age for girls to get married, while terming it un-Islamic.

The bill was rejected on Wednesday at a time when the mover of the bill was not present in a flagrant contradiction to the fact that three other bills were deferred for the same reason.

The mover of the bill, Senator Sehar Kamran, was not present and it was decided to hold a voting on the bill without the mover after which it was rejected.

The chairman of the committee, Rehman Malik said the bill, which suggests increasing the minimum age for girls to marry from 16 to 18, was contrary to Islamic injunctions.

“I have also discussed it with religious scholars and they also believe that girls can be married before the age of 18 according to Islam, so these kinds of bills cannot be passed,” he declared.

Legislators usually enlist the help of Council of Islamic Ideology regarding certain bills but the council cannot give an opinion. leaving parliamentarians with no other option than to consult Islamic scholars in their individual capacity.

Later, Senator Kamran said she had asked Mr Malik to defer the bill as she wanted to convince members about the draft law.

"Pakistani citizens are not issued CNICs and driving licences before the age of 18 and that they are also not allowed to vote. Then how can they be allowed to marry before that?" she stated in a conversation with Dawn.

The senator expressed if the government thinks 16-year-old girls are adults, they should also be issued driving licenses and allowed to cast votes.

The draft bill says the leading cause of death for girls between the ages of 15 and 18 is pregnancy. The UN Convention on the Rights of the Child also suggests the minimum age for marriage should be 18.

"The practice of marrying off young girls is common in Pakistan, particularly in low-income families but action cannot be taken against offenders and that the minimum age should, therefore, be increased to 18," it states.

One of the committee members, Tahir Hussein Mashhadi, who himself rejected the bill was of the opinion that children need to be protected and society should also look at moralities.