Remember Chaiwala Arshad Khan? This is what he's up to these days 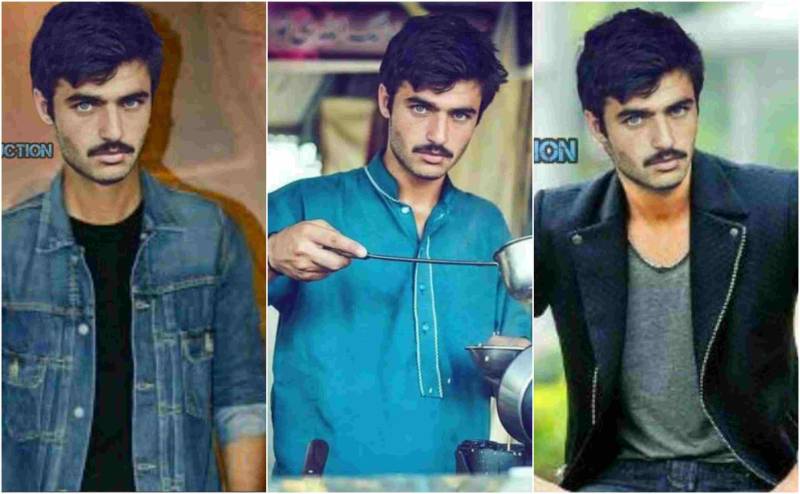 ISLAMABAD - Arshad Khan, who became an Internet sensation after a picture of his working at a tea stall went viral in 2016, has started making tea for people once again.

He had ventured into modelling after overnight fame and has acted in a movie too. Arshad Khan said, while speaking on a morning show on Wednesday, that he has started making tea again because this was his identity. “This is who I am.” He added, “I don’t drink tea myself but I love making it for other people.”

Do we all remember the blue-eyed Pakistani 'Chaiwala' who broke the internet and social media platforms when a ...

The internet sensation hasn’t left modelling though. “That is also my work. How can I leave it like that?” There were many controversies after Khan said that he will not pursue modelling because of the objections raised by his family. “Those days have passed now.”

Khan had also shared that he has been shooting for different advertisements, adding that he will even release a new song soon. Khan will soon be seen in the role of a Pakistan Army officer in the upcoming movie, 24 Hours. It is expected to release in December.

The first Dhaba he was working at didn’t belong to him, the second one doesn’t either. But, he wants to change that soon. In the future, he plans to open tea cafes in different cities of Pakistan. “I am looking for a partner who shares the same passion for tea like me,” he said.

He accepted that many people come to his tea stall to take selfies with him. “Some people come for tea too.”