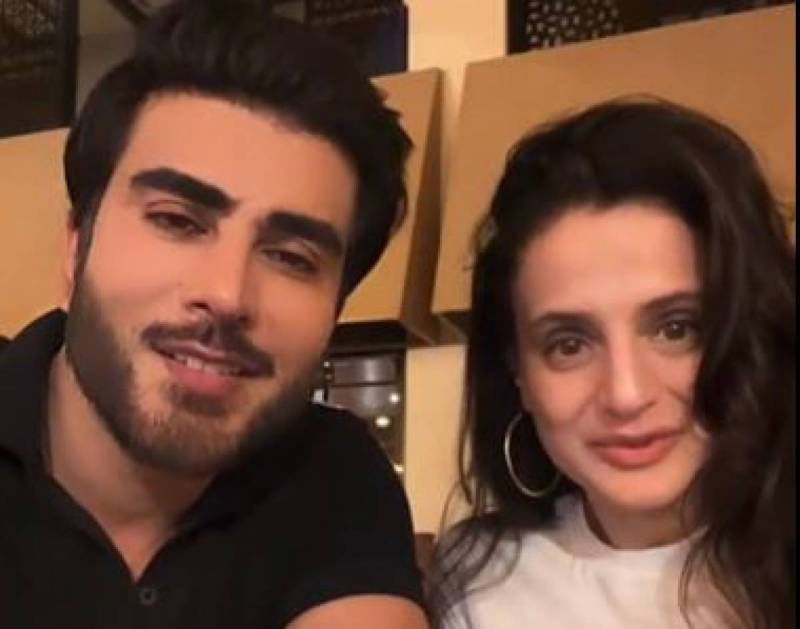 The Race 2 actress and the Khuda Aur Muhabbat actor sat down to discuss the possibility of sharing the screen opposite each other. The stars revealed that they had worked together on a project, which was shelved later.

The Indian diva and the Pakistani hunk also expressed their intentions to strengthen the bond between Pakistanis and Indians and spread love and peace between the two nations with gestures like doing a live session together.

Patel surprised her fans with the news that she will be working with Abbas in near future.

The 7.3 million followers of the Akbari Asghari actor poured in love and praise for both the marvelous personalities of the showbiz industry for bolstering love between people of Pakistan and India.

For the unversed, Patel is an accomplished Bollywood actress who has worked in blockbuster movies. Patel's debut movie Kaho Naa Pyaar Hai had set new records. She won an award for Gadar: Ek Prem Katha.

On the other hand, Abbas is a seasoned Pakistani actor who rose to fame for his impeccable performance in Khuda Aur Muhabbat which set the goals higher for the protagonist in its sequels. Abbas also shared the screen with Bipasha Basu in Creature 3D.