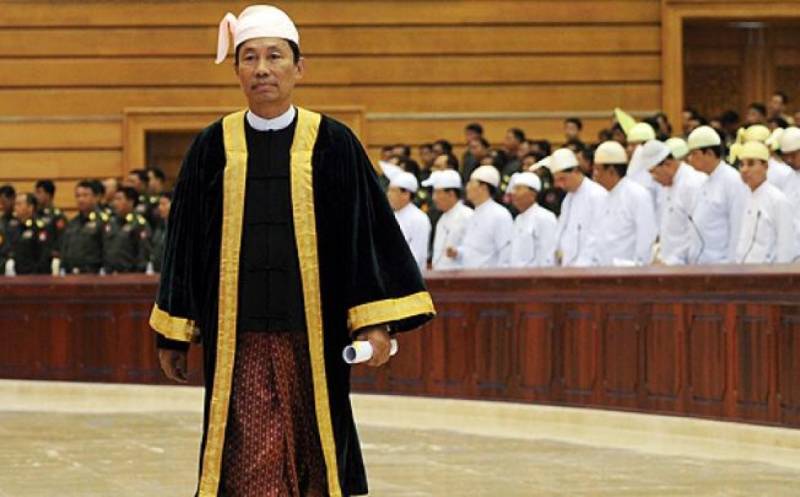 NAYPYITAW (Web Desk) - Myanmar's parliamentary speaker Shwe Mann has been ousted from his role as chairman of the ruling USDP party, apparently after losing a power struggle with President Thein Sein three months before a general election.

The tussle between the two old rivals became public in a dramatic way late on Wednesday evening, when security forces surrounded the vast headquarters of the ruling Union Solidarity and Development Party (USDP) in the capital, Naypyitaw, preventing officials from leaving, the BBC reported. 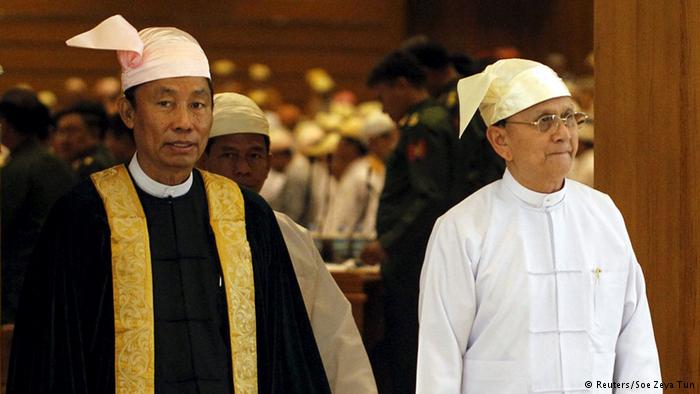 Myanmar is holding elections in three months, its first since democratic reforms began in 2011.

Shwe Mann's ouster from the party follows rare discord within the establishment over the role of the military, which handed power to a semi-civilian government in 2011 but retains an effective veto over the political system.

Shwe Mann had reportedly built ties with Nobel laureate and opposition leader Aung San Suu Kyi, who has called repeatedly for the military to withdraw from politics, and he angered the military by supporting an attempt in parliament in June to amend the constitution to limit the military's political role. 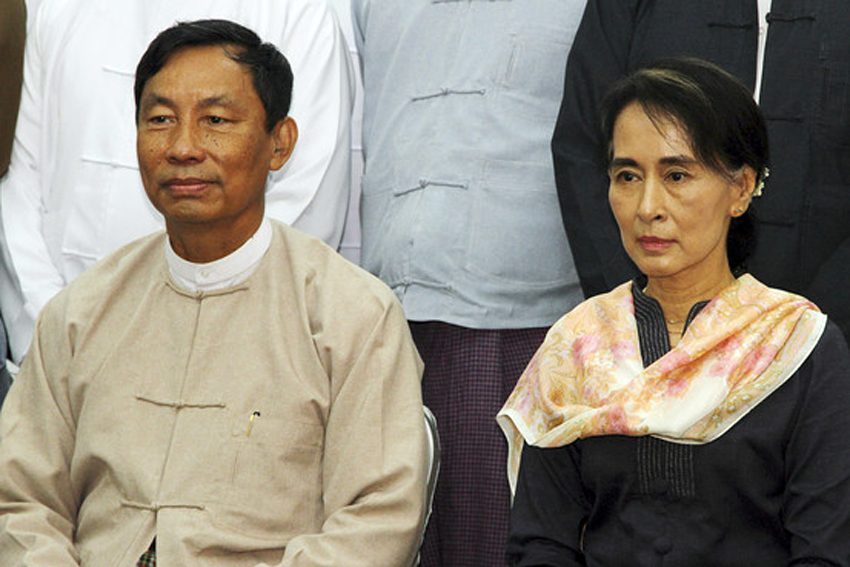 It is unclear what the changes mean for the reform agenda in Myanmar, but the heavy-handed involvement of the security forces smacks of the junta-era approach to resolving political disputes. 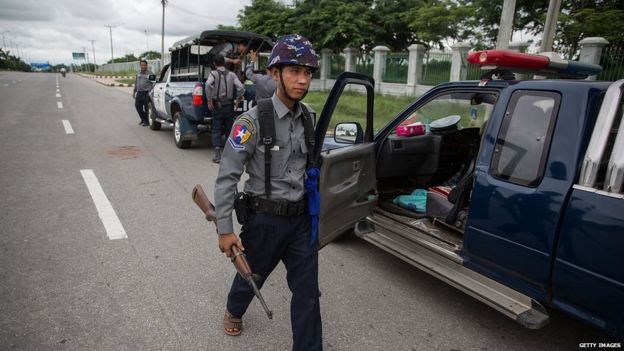 Ms Suu Kyi's National League for Democracy (NLD) is expected to do well in the 8 November elections, while many believe the ruling Union Solidarity and Development Party (USDP) will perform poorly.

However, Ms Suu Kyi is barred by the constitution from contesting the presidency, so negotiations between the NLD and USDP could help determine who ends up leading Myanmar, also known as Burma.

Until last night Shwe Mann, one of the most capable generals in the old military regime, had been seen as a likely successor to President Thein Sein. 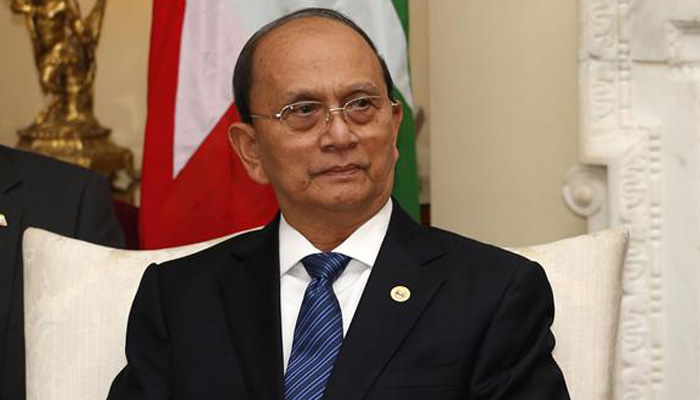 Thein Sein and Shwe Mann are said to have had a tense relationship, with both men suggesting they would accept the role of president.

Sources say Shwe Mann has now been replaced by a conservative known to be close to Thein Sein and formerly military ruler Than Shwe.

Security forces could be seen outside his home on Thursday.

A nominally civilian government was introduced in Myanmar in 2011, ending nearly 50 years of military rule.

However, the military still maintains massive influence in Myanmar's politics, with a quarter of seats in both parliamentary chambers reserved for the military.

In a brief statement on Thursday, the USDP said that Shwe Mann was replaced as chairman of the party because he was busy in his role as speaker of parliament.

The statement made no reference to the role of security forces in overnight events.

The USDP is comprised largely of former military officers and was created from a social movement set up by the former junta. 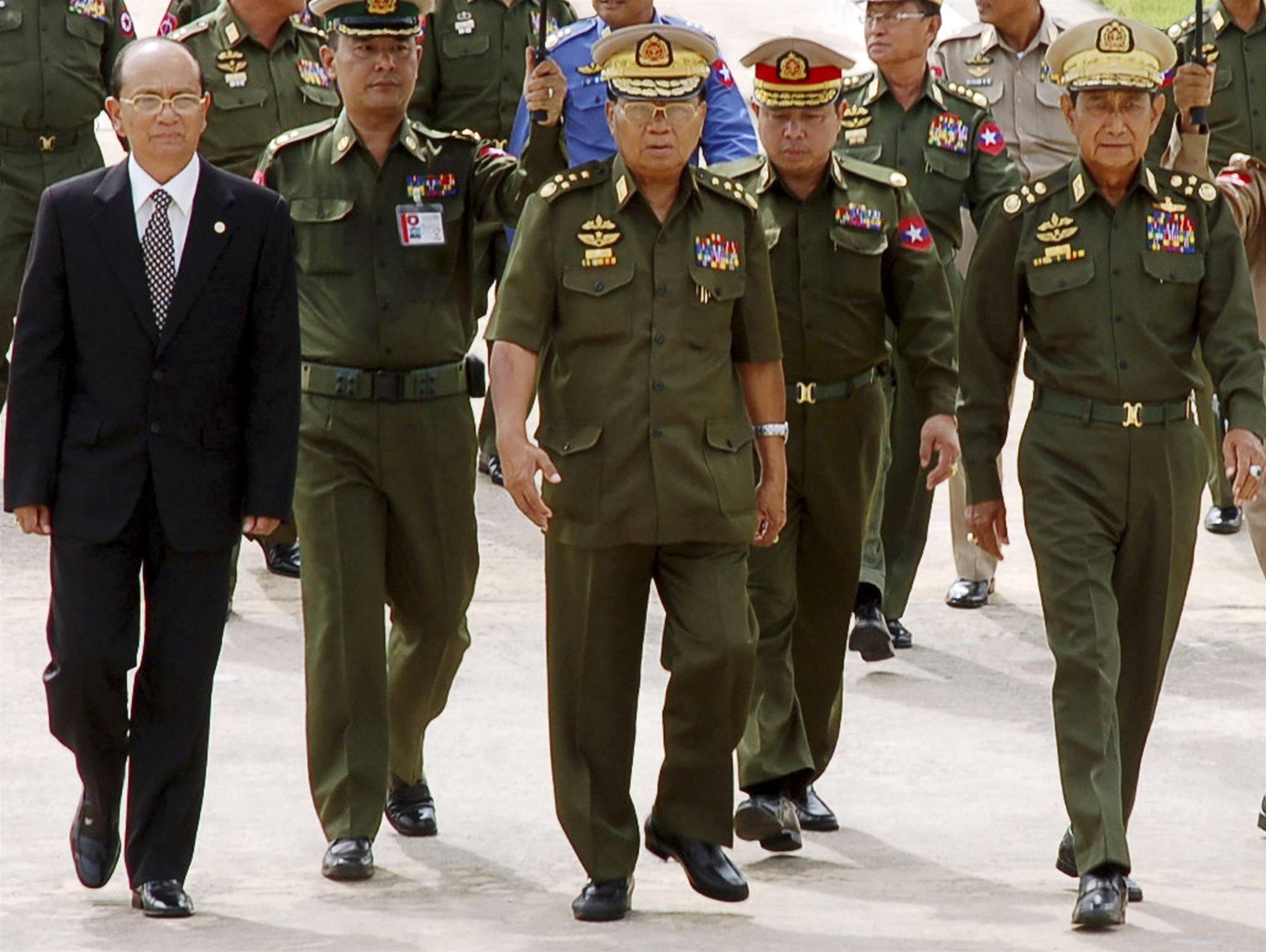 Shwe Mann was a presidential hopeful when the military handed over power after 49 years of rule in 2011. He had reached a higher rank in the military than his rival Thein Sein, who became president.