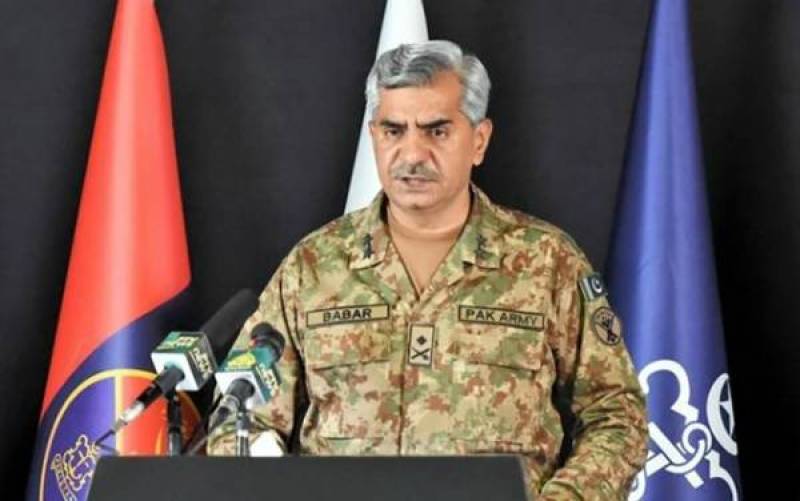 Addressing media, he said India whether purchase five Rafale jest or 500, Pakistani forces are fully prepared to respond to any misadventure in appropriate way.

India is leading the region in the arms race, he said.

Highlighting Indian atrocities in the occupied Kashmir, the director general of Inter Services Public Relations (ISPR) said that there is no form of oppression that the Kashmiris are not subjected to.

India is conducting a genocide in occupied Kashmir, besides conducting gross human rights violations, he said.

India, under an organised plan, is changing the demography status of the region and seeking to expel Muslims from the occupied territory, he said.

Talking about ties with Saudi Arabia, he said that Pakistan and its public are proud of relations with the kingdom. He hoped that the bilateral ties will strengthen further.

He said that there is no need to raise any question on ties of both countries, adding that the army chief’s visit to Saudi Arabia is scheduled.