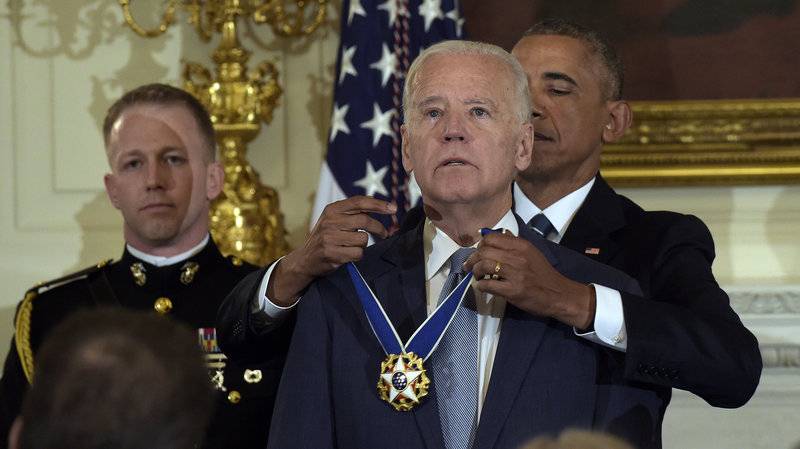 WASHINGTON – US President Barack Obama has conferred the highest US civilian honour, the Presidential Medal of Freedom on his Vice-President Joe Biden.

Obama admired his vice-president for his "faith in your fellow Americans, for your love of country and your lifetime of service," the BBC reported.

The ceremony was held at a time when both president and vice-president prepare to leave office after Donland Trump assumes office on January 20, 2017.

Mr Biden said he was "part of the journey of a remarkable man who did remarkable things". He said that he had had no idea the award was coming.

Overcome with tears and completely caught off guard by the award, Biden praised the president as "remarkable man who did remarkable things for this country" who had truly treated him like an equal partner.

In 2016, President Obama had awarded singer Diana Ross the Presidential Medal of Freedom for her contribution to the US.

This is the highest civilian award of the United States established in 1963 by President John F Kennedy, superseding the Medal of Freedom.

Citation: "An especially meritorious contribution to the security or national interests of the United States, world peace, cultural or other significant public or private endeavours"