Gigi Hadid and Zayn Malik are back together 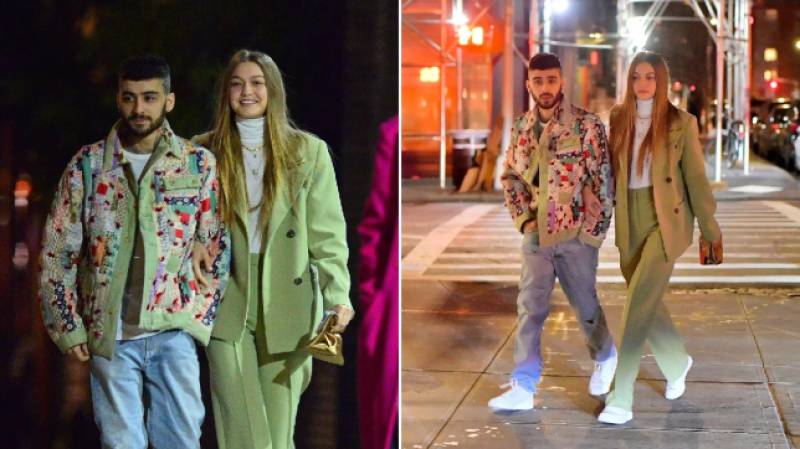 Love is in the air!

Gigi Hadid and Zayn Malik confirmed they're back together with a PDA-packed night in New York City.

On Saturday night, the two were photographed walking together, arm-in-arm as if to announce to the world that they are dating again.

On Sunday, E! News confirmed that the two are, indeed, dating once again. “Gigi and Zayn got back together right before the holidays in December,” a source told E! News. “Zayn has been reaching out to Gigi for the last month, and she is giving him another chance.”

The pair looked happy as they were heading back to her apartment following a family dinner that was also attended by the supermodel’s sister, Bella Hadid and her mother, Yolanda Hadid.

Gigi and Zayn began dating in late 2015 before breaking up in March 2018 and patching up in June, just to announce another split in January 2019.

Gigi fueled speculation that the two rekindled their romance over the holidays when she posted a photo of a meal using a recipe from Zayn’s mom.

She wrote on her Instagram Story: “Sunday in the kitchen: about to marinate the chicken for one of my favourites!!!! @mammamalik’s Chicken Curry Pasta Salad. Hopefully, she’ll share the recipe with the world one day.”