Where does Pakistan stand in world's most powerful passport list in 2022? Check latest rankings 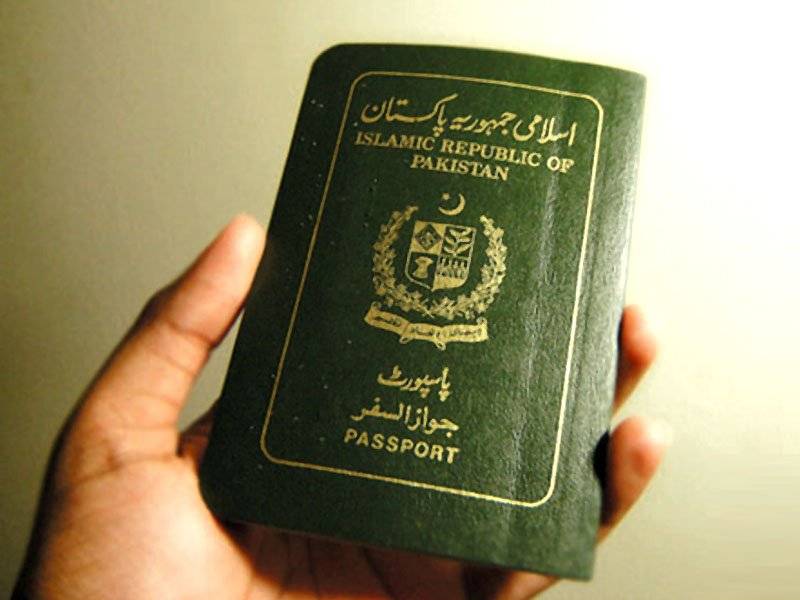 ISLAMABAD – As 2022 begins, the latest results from the Henley Passport Index show the Pakistani passport still the fourth weakest in the world behind only war-ravaged Syria, Afghanistan, and Iraq.

The index ranks the countries’ passports as per the largest travel information database. It assesses the travel documents based on how many countries citizens can access without a visa, as well as, using information from the International Air Transport Association and based on analysis of global travel documents, the 'Henley Passport Index' gives Pakistan the poor rank.

The Pakistani passport is still listed as the fourth worst passport for international travel for the fourth year, with visa-free or visa-on-arrival access to only 31 destinations around the globe. The South Asian country of around 221 million has been placed in the 108th position. 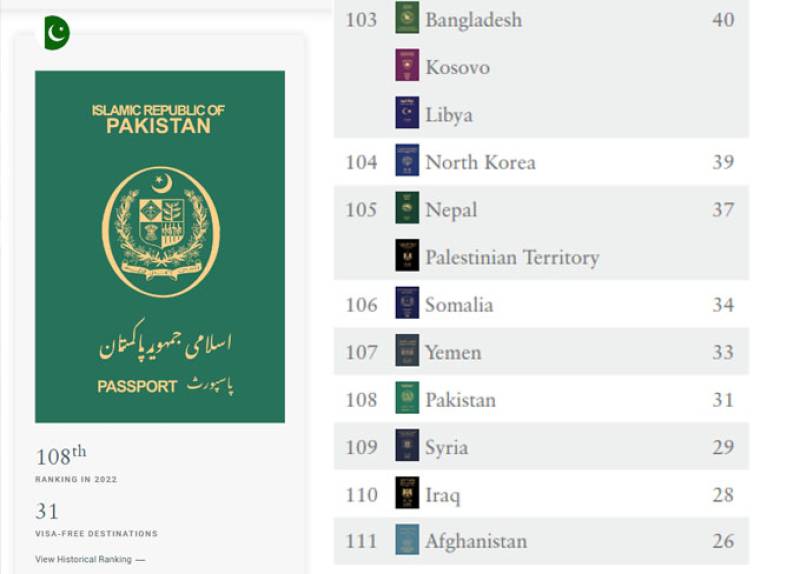 The Covid induced stern travel restrictions have resulted in the widest global mobility gap in the index's 16-year history, per report.

Meanwhile, just like last year, Japan and Singapore emerged as the joint toppers, followed by Germany and South Korea, which retained their shared spot of runner-up while in the reverse direction, Afghanistan and Iraq maintained first and second spots, respectively.

Furthermore, the US and Britain, which held the top spot together back in 2014, have regained a little ground as compared to the 2021 index.

Following are the top countries as per Henley Passport Index 2022

ISLAMABAD – Pakistani passport has remained the fourth weakest passport in the world behind only war-torn Syria, ...