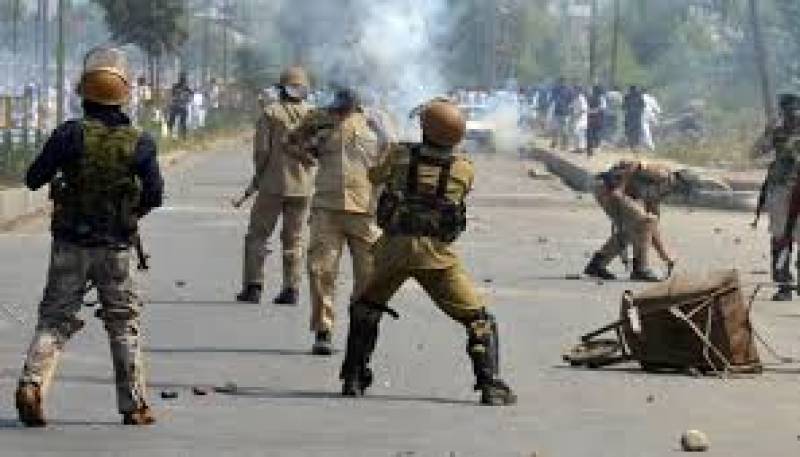 SRINAGAR - Indian troops in their fresh act of state terrorism, martyred one more Kashmiri youth in Islamabad district, today (Monday), taking the toll to four in the past 24 hours in the occupied territory.

According to Kashmir Media Service (KMS), the youth was killed by Indian troops during a cordon and search operation in Srigufwara area of the district.

Earlier, a woman was also injured in firing by troops in the same area.

The operation continued in the area till last reports came in.

On Sunday, Indian troops during a cordon and search operation martyred three Kashmiri youth in Reban area of the Sopore. The authorities buried the bodies in own unknown graveyard in Sheeri area of Baramulla district

Meanwhile, Indian troops arrested over a dozen youth including Jamaat-e-Islami leaders and activists in Islamabad, Bandipore, Srinagar, Budgam, Pulwama and several other areas of the territory.