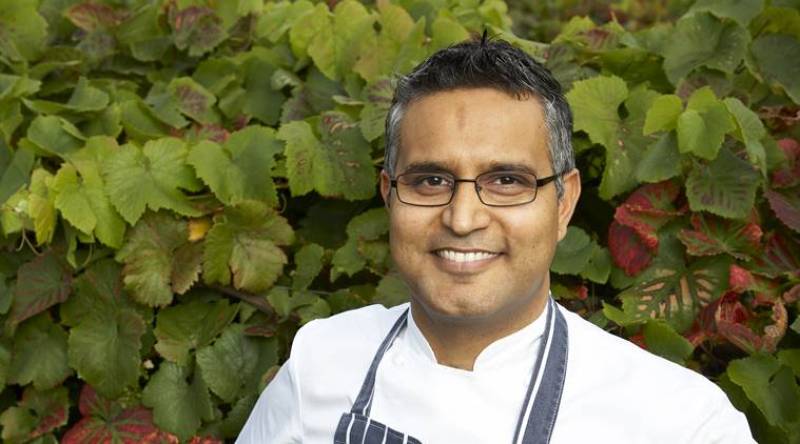 DUBAI - Social media was left feeling disheartened and furious when Indian born British based chef, Atul Kocchar, disregarded the sentiments of many by posting an anti-Islam comment on Twitter.

His comment was a reply to Priyanka Chopra's tweet and soon afterwards he was condemned for slurs of racism, bigotry and Islamophobia.

“Following the recent comments made by Chef Atul Kochhar, we have taken the decision to end our agreement with him for Rang Mahal. With the termination of our agreement, Chef Atul will no longer be associated with the restaurant,” Bill Keffer, general manager of JW Marriott Marquis Hotel Dubai said in a statement to Gulf News.

“At the JW Marriott Marquis Hotel Dubai we pride ourselves on creating a culture of diversity and inclusion for our guests and associates across the hotel and our restaurants. We also remain committed to delivering the traditional culinary experience and high service standards that Rang Mahal is renowned for.” he added.

The post had earlier gone viral and demands to sack the chef were flowing in. People threatened to no longer visit the hotel if Atul remained as a part of the business. 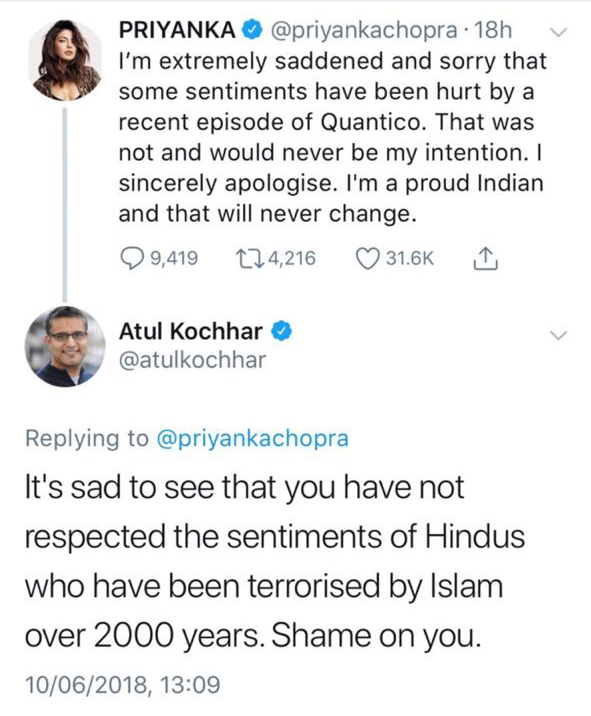 This is the perfect example of "you cannot take your words back". Forgiveness clearly does not come easy to the ones who are genuinely hurt by the carelessness of another. And it definitely won't come easy when you manage to offend an entire religion and more.

"Forgive him since he is asking for it". Are you dumb?! What kind of demand is that? For forgiveness? Forgiveness is up to the person you are asking from.

Really respected Atul.. but a translation of this tweet:

"I didn't realise my tweet would be picked up on and I hope my businesses isn't damaged too much, but I still hold this hidden hatred"

In profession like you its food, culture, hospitality and the Words that change the world, unite the world..choose wisely..👍

With this kind of hate within you, don’t you think your life is hell by being within and serving the same community you hate till guts. What is the purpose of your being?

As I said in my comments - his original tweet indicates a misogynistic & Islamophobic mindset.

Hate tends to run together, and attacking South Asian women when they see outside the box doesn't surprise me.

Someone pointed out the turning tables

Someone adopted a lighter approach

Sir v used to see u as proud, nd used to love u nd respect u.
V ll forgoe u on ur apologize but v can't love u and give u same respect that u lost now. Yes v ll not hate u even though u carrying so muhc anger for us it's ur choice
Will pray 4 u may God show and give u right path

We guess we cannot change someone's mindset, each to their own but Atul clearly wouldn't be hating publicly again.