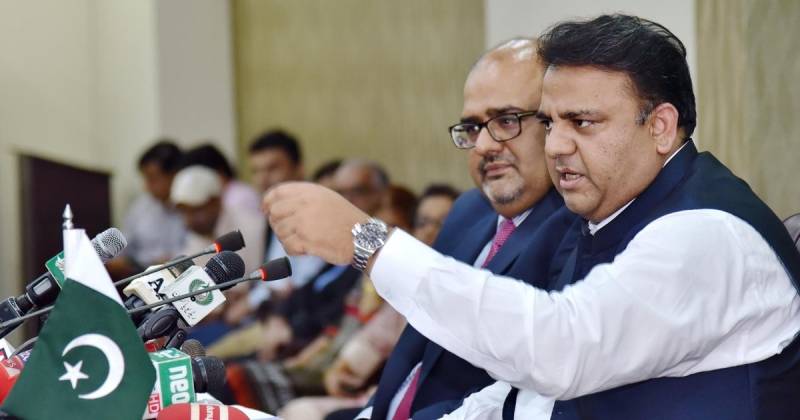 Chaudhry while speaking in a national presser slammed Sindh provincial government. ‘Punjab was not stealing Sindh’s water but Bilawal Bhutto and Sindh Chief Minister were guilty of the crime’, he alleged.

The PTI leader further added that ‘the water never runs short when it comes to Zardari and his sister’s lands. Lambasting PPP members in a hard-hitting press conference, the former Science Minister said ‘it’s the decision of Sindh government to block inspection of water release from Sindh barrages by independent monitoring teams’.

Chaudhry questioned ‘why no complaints have been lodged regarding water scarcity from the lands owned by Asif Zardari and his sister and only the poor had to suffer from these shortages’?

ISLAMABAD – Federal Minister for Information Fawad Chaudhry Monday announced that the next general election will ...

The central government has increased the share for provinces in the federal budget and Sindh would receive more than Rs750bn according to the NFC award, he added.

Fawad also pointed guns at top PPP bigwigs for controlling Sindh Chief Minister. The Zardari family runs the province in accordance with their wishes, he added.