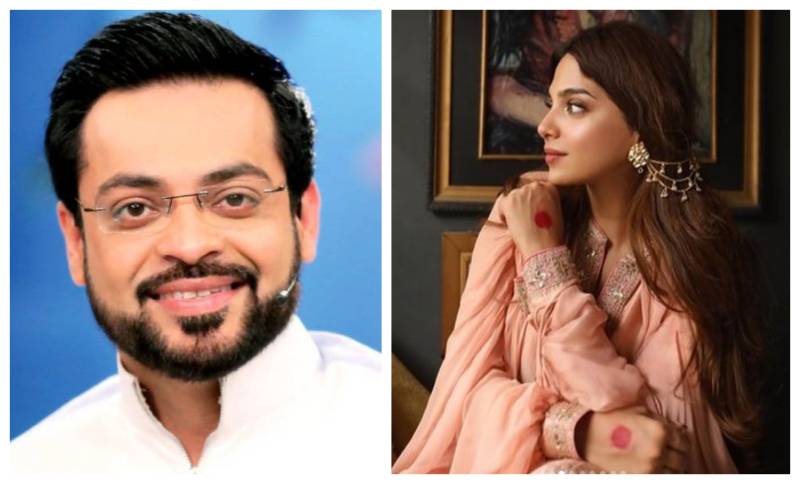 KARACHI – Pakistani actress Sonya Hussyn has shared her feelings about the sudden demise of televangelist and politician Aamir Liaquat who passed away weeks after his intimate videos were leaked online allegedly by his estranged teenage wife Dania.

The 49-year-old, who was found dead at his home on June 9, had been suffering from severe mental distress due to relentless online trolling sparked after his intimate videos were shared on social media. At one point, he had even announced to leave Pakistan forever as keyboard warriors continued to take the joy out of his misery.

As Aamir Liaquat’s death ignited a debate about causes of his sudden demise, Sony Hussyn shared a thought-provoking video message on Instagram.

“What should I do, it would be fake news,” the Saraab actor regretted while sharing her first reaction to know about the news of Aamir Liaquat's death.

“When I shared the news of his demise, public reactions were also shocking as nothing has happened around us,” she said.

“Aamir sahib was under severe pressure and the whole society is responsible for it,” the Ishq Zahe Naseeb starrer said while lashing out at the keyboard warriors.

“The trolling has broken a person who had strong will power and common people like me how can they survive it,” she questioned.

Sonya said that marriage is a holy relationship in which both husband and wife acted as cloth for each other.

She recalled that theme of one of her dramas’ was that one needs to get married first to share private moments.

“But, I am surprised how one can share her private moments on social media after marriage,” she aid in an indirect reference to Aamir Liaquat’s third wife Dania, who is facing backlash for allegedly posting intimate videos on social media.

Coming hard on television channels for their race for higher ratings, she said all needs to be changed themselves to nourish a positive society, “otherwise anyone of us can be next victim."

Sonya Hussyn also requested people to stop commenting on private lives of celebrities and others as such behaviours caused mental distress that could draw dire consequences.