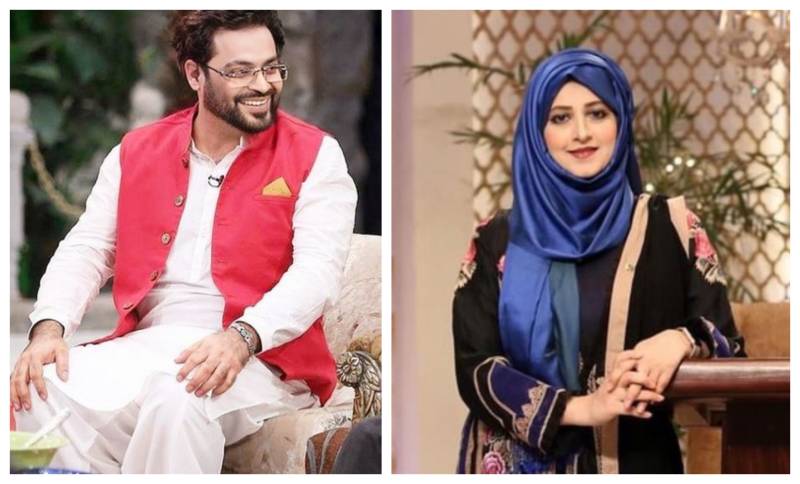 KARACHI – Bushra Iqbal, the first wife of late TV host and politician Aamir Liaquat Hussain, has shared a video in which people are offered prayers for her former husband at Masjid-e-Nabwwi (PBUH) in Madinah.

She said that prayers were held at a time when burial rituals of the 49-year-old TV host were performed on June 9.

Bushra said that the video was shared with her by one of the close friend of Aamir Liaquat, stating: “May Allah accept the prayers for Aamir”.

In video, a man can be heard expressing sorrow over the death of the televangelist and stating that Aamir Liaquat was very attached to Madinah.

The 49-year-old, who was found dead at his home on June 9, had been suffering from severe mental distress due to relentless online trolling after his third wife filed for divorce and levelled serious allegations against him.

KARACHI – Pakistani actress Sonya Hussyn has shared her feelings about the sudden demise of televangelist and ...