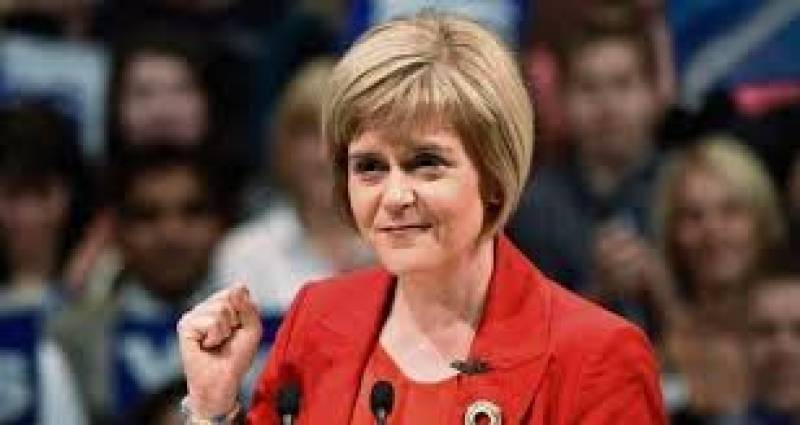 EDINBURGH – Scotland First Minister Nicola Sturgeon said on Monday that she would seek the semi-autonomous Scottish Parliament’s authority next week to ask the government in London for the powers to hold a referendum before Brexit happens.

The Scottish first minister added that the move was needed to protect Scottish interests in the wake of the UK voting to leave the European Union (EU).

UK Prime Minister Theresa May has so far not issued any statement whether she would grant permission or not.

May said a second independence referendum would set Scotland on course for "uncertainty and division" and insisted that the majority of people in Scotland did not want another vote on the issue.

It may be mentioned here that Scotland rejected independence in a 2014 referendum by a majority of 55 percent but recent polls indicate support for the union in pro-EU Scotland is declining as Brexit looms.

A BMG survey for Scottish daily The Herald released Monday found that 52 percent were against breaking off from the rest of Britain, while an Ipsos Mori poll last week put the number at 51 percent.

The University of Aberdeen’s Scottish politics chair Michael Keating said the outcome was “wide open” as the polls were within the margin of error.

But he said Sturgeon did not want a vote immediately “because it’s the worst possible time to hold a referendum on independence: the price of oil is down and the economy is not doing very well,” he told AFP. – APP