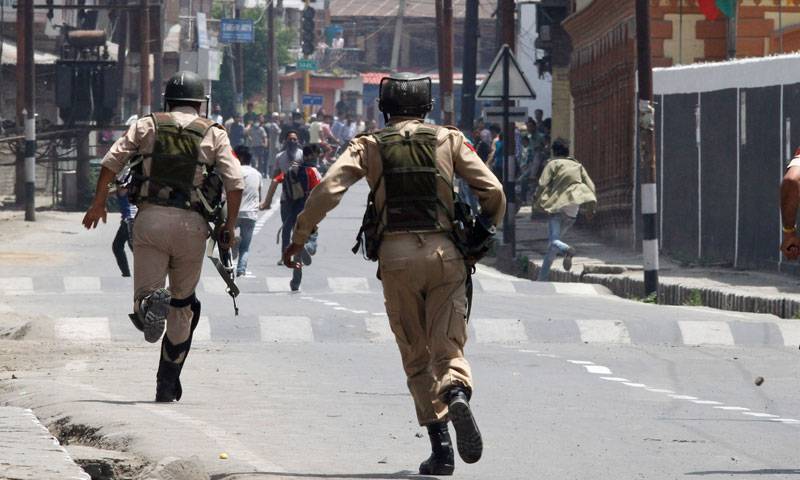 SRINAGAR – Indian troops, in their continued act of state terrorism, martyred a civilian in Budgam district of the occupied Kashmir on Wednesday.

The civilian was killed after Indian paramilitary Central Reserve Police Force fired on his vehicle near Kawoosa Khalisa in Narbal area of the district, the Kashmir Radio Service reported.

The CRPF, in a statement, said the man was driving a car and ignored signals to stop at two checkpoints in the western outskirts of Srinagar, the region’s main city. It said “the soldiers feared sabotage because a military convoy was passing by at the time”.

The victim´s father, Ghulam Nabi Shah, denied the police account, saying his son did not drive through any checkpoints, and that soldiers first stopped him and then shot him.

A witness, Firdousa, told the Associated Press that the victim stopped his car when soldiers signaled him. "A security official told him something to which he replied that he had some emergency. They let him go but as he was getting into his vehicle, they shot him in the back," she said. "He was killed deliberately. He did no wrong."

As news of his death spread in his village, hundreds of men and women began chanting "Go India, go back" and "We want freedom" and demanded that the victim´s body be returned to the family for burial. Authorities did not immediately hand over the body, triggering protests by villagers who threw stones at the troops. In response to stones, the Indian soldiers fired shotgun pellets and tear gas to quell the protests.

There were no immediate reports of casualties in the clashes.

Authorities have again shut down mobile internet service in the area, a common Indian tactic in the region when such protests erupt.

Indian forces have been carrying operations against freedom fighters during a stringent lockdown in the disputed Himalayan region since late March to combat the coronavirus.