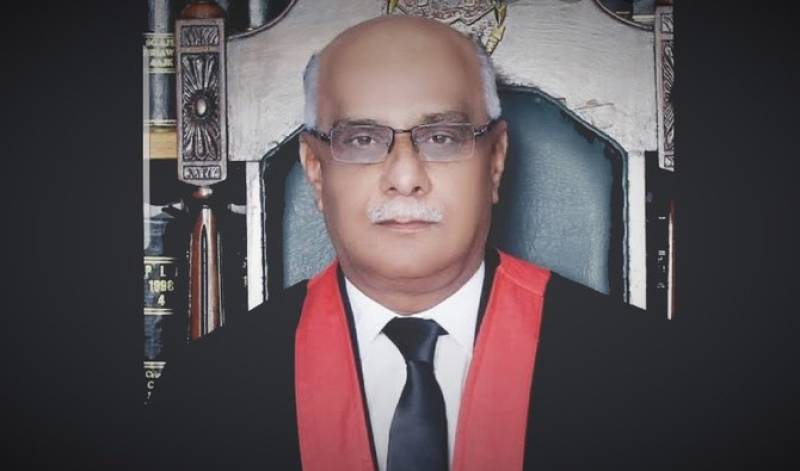 The senior judge was initially admitted to a hospital in Peshawar but later shifted to Kulsum International Hospital in Islamabad where he died due to complications of the novel disease.

Here are a few judgments Justice Waqar Ahmad Seth will be remembered for!

Justice Seth’s most important decision was the one he made in the General Pervez Musharraf treason case. He was part of the special bench that sentenced Musharraf to death under Article 6 of the Constitution.

Justice Seth was inducted into the special court hearing high treason case against Pervez Musharraf in October 2019 as the president of the court. On 17 December 2019, the three-member bench of this special court awarded death sentence to Musharraf in short order. This short order was criticized by Director General of Inter-Services Public Relations of Pakistan military, General Asif Ghafoor. Ghafoor said in his statement that "there was pain and anguish among the rank and file of military" due to this punishment and that Musharraf cannot be a traitor since he served his country for 40 years and fought wars for its defense.

Challenged the appointment of LHC judges

Challenged the elevation of three Lahore High Court (LHC) judges to the apex court and arguing that their appointments were made in violation of the principle of seniority.

The Khyber Pakhtunkhwa Bar Council flayed the non-elevation of Peshawar High Court Chief Justice Waqar Ahmad Seth to the Supreme Court by the federal government and Judicial Commission of Pakistan (JCP) and announced that lawyers would boycott courts across the province today (Tuesday).

Set aside convictions of around 200 suspected militants by military courts and ordered the relevant authorities to set them free if not required in any other case.

The Peshawar High Court has ruled that the recent terrorism convictions by the military courts in the province were wrongful and were based on ill-will and not evidence.

On September 25, 2018, Justice Waqar Seth led a single-member bench to reject the bail of one of the prime accused in the Mashal Khan murder case.