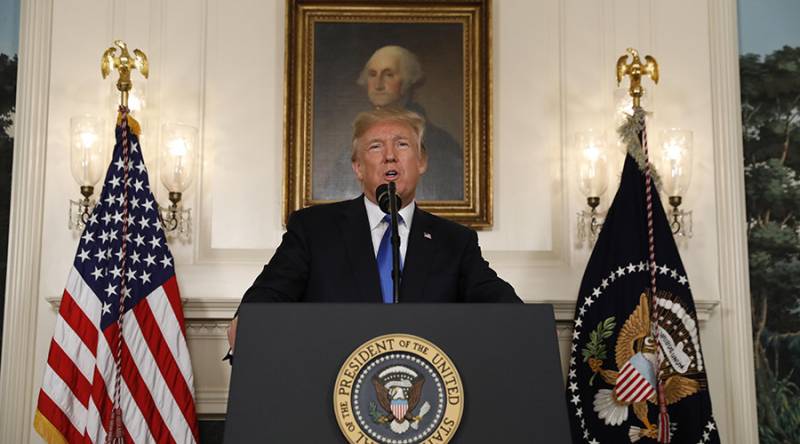 WASHINGTON - US President Donald Trump has announced that his administration will not certify Iran’s compliance with the nuclear agreement and deferred it to Congress to establish new conditions on the deal. He also announced new US sanctions against Tehran.“I am announcing today that we cannot and will not make this certification,” Trump stated Friday.

“I am announcing today that we cannot and will not make this certification,” Trump stated Friday.

“Iran committed multiple violations of the agreement,” the president said, despite the International Atomic Energy Agency’s confirmation that Tehran is in compliance with the deal.

He said he expects Congress to come up with legislation that will amend the nuclear deal and “strengthen enforcement,” as well as include Iran’s ballistic missile program, and remove the ‘sunset clauses’ in the agreement.

If negotiations fail, Trump said, “the deal will be terminated.”

Additionally, Trump announced “tough” sanctions against Iran that are unrelated to the nuclear deal. They target the Islamic Revolutionary Guards Corps, which is part of the Iranian armed forces. Trump has accused the Guards of supporting terrorism.

Trump wants a “more confrontational” approach to Iran, US Secretary of State Rex Tillerson said Friday. While the US will remain party to the internationally negotiated pact, the decision to decertify Iran’s compliance opens up avenues for Congress and Treasury to impose new US sanctions on Tehran not related to the nuclear program.

Meanwhile, Iran’s President Hassan Rouhani warned the US may face isolation over its opposition to the internationally approved Iran nuclear deal.Iran and its people have never and will never yield to pressure from any foreign government, the president added.

Iran and its people have never and will never yield to pressure from any foreign government, the president added.

Rouhani dismissed America’s anti-nuclear rhetoric, saying the US is the only country to have ever used an atomic bomb.

However, EU Foreign Policy Chief Federica Mogherini said in response to Donald Trump’s announcement that the 2015 Iran nuclear deal is not a “bilateral agreement,” and it cannot be terminated by any single country. 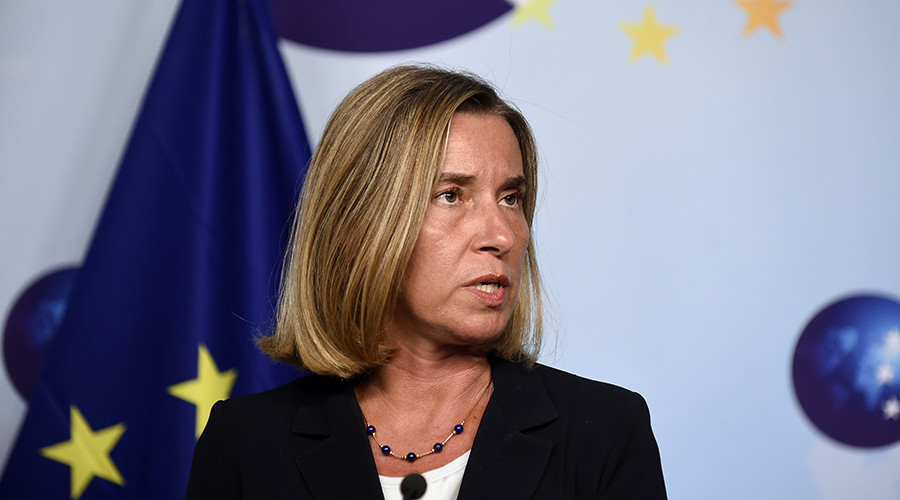 “We cannot afford as an international community, as Europe for sure, to dismantle a nuclear agreement that is working,” she added.

The Russian Foreign Ministry slammed Trump’s speech, saying that any use of “aggressive” rhetoric in international relations is “unacceptable” and is also “doomed to fail.”

In its statement, the ministry stressed that any renewal of UN sanctions against Iran is “out of the question.” It further denounced the actions of the US administration as “vestiges of the past” that “are at odds with the modern norms of civilized communication between countries.”

Israel called Trump’s move “very significant,” adding that it might actually lead to a war with Iran. “Iran is the new North Korea. We see where things are going,” Israeli Intelligence Minister Israel Katz told Israel’s Channel 2, speaking about the possibility of war.

Saudi Arabia welcomed what it called “the resolute strategy announced by US President Donald Trump towards Iran and its aggressive approach.”

The Kingdom said that Iran “exploited the economic benefits of lifting the sanctions” by speeding up the development of its missile program and boosting its support of various militant groups, including Hezbollah and the Shiite Houthi rebels in Yemen, as reported by Saudi state news agency SPA.