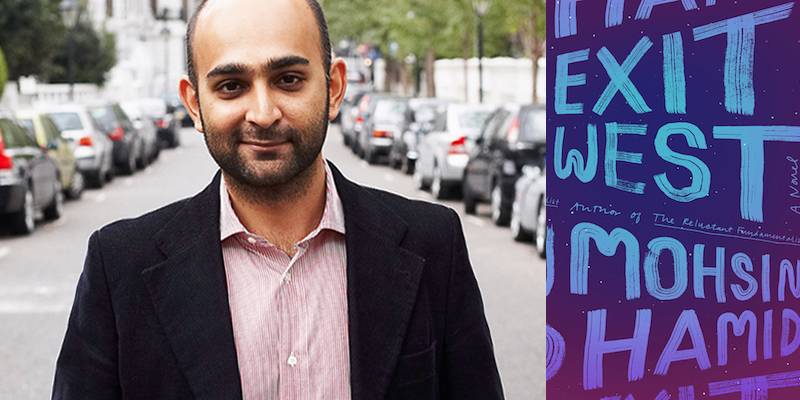 'Exit West' is Hamid’s fourth novel and he has made it to The Man Booker shortlist for the second time.

Hamid will be contending for the Man Booker Prize against five other finalists: Paul Auster's 4321, Emily Fridlund's History of Wolves, Fiona Mozley's Elmet, George Saunders' Lincoln in the Bardo and Ali Smith's Autumn.

The 'Man Booker Prize', a literary prize awarded each year for the best original novel (written in English and ...

This year’s judges, chaired by Baroness Lola Young announced the authors short-listed for the top award.

“With six unique and intrepid books that collectively push against the borders of convention, this year’s shortlist both acknowledges established authors and introduces new voices to the literary stage,” said Young.

“Playful, sincere, unsettling, fierce: here is a group of novels grown from tradition but also radical and contemporary. The emotional, cultural, political and intellectual range of these books is remarkable, and the ways in which they challenge our thinking is a testament to the power of literature.”

Young is joined on the judging panel for this year’s prize by the literary critic Lila Azam Zanganeh, the novelist Sarah Hall, artist Tom Phillips and travel writer Colin Thubron.

Last month, the longlist for the literary award was revealed, which included prominent writers like Kamila Shamsie and Arundhati Roy who were nominated for their works 'Home Fire' and 'The Ministry of Utmost Happiness', respectively. However, the two writers did not make it to the shortlist.

Shamsi took to Twitter to felicitate Hamid on the shortlisting.

Congrats to those who made the shortlist - particularly my old friends Ali and Mohsin (and you @HamishH1931) https://t.co/vM0u0FrYJq

Earlier, his acclaimed novel, The Reluctant Fundamentalist, was also shortlisted for the prize in 2007. Indian director Mira Nair also made a film featuring the same novel.

Born in Lahore, Hamid spent half his life there and the remaining in New York, California, and London.

He has written four novels, Moth Smoke, The Reluctant Fundamentalist, How to Get Filthy Rich in Rising Asia, and Exit West, and a book of essays, Discontent and Its Civilizations.

The novel for which he has been shortlisted was a love story published in March 2017.

The novel narrates the story of a young couple in an unnamed country. Their city collapses around them and they are forced to join a wave of migrants fleeing for their lives.