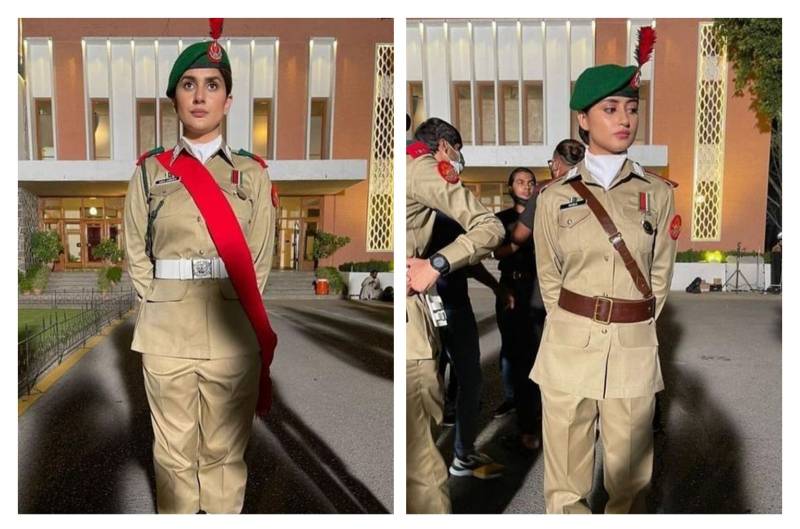 Upcoming drama serial Sinf-e-Aahan is proving to be quite a crowd-puller given its star-studded cast which is why the expectations from the project have skyrocketed.

Now, the first look of Sajal Aly and Kubra Khan from the upcoming project has been revealed and needless to say, the first unveil is keeping the drama buffs super curious.

Dressed as cadets, Aly and Khan look energetic and ready to woo the audience. The women-centric project is believed to be narrating the story of five female army cadets.

Penned by Umera Ahmed, Sinf-e-Aahan is a project announced in collaboration with ISPR and is co-produced by Humayun Saeed, Samina Humayun Saeed, Shahzad Nasib, and Sana Shahnawaz.

Previously, Usman Mukhtar, Sheheryar Munawar and Ali Rehman Khan also took to social media and announced that they have joined the cast.

The much-awaited project Sinf-e-Aahan is definitely a crowd-puller given its star-studded cast which is why the ...