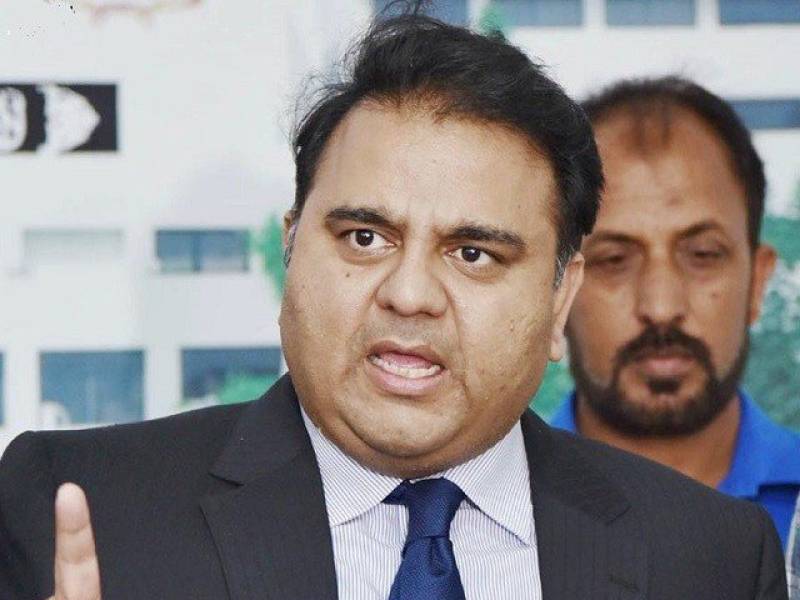 ISLAMABAD - Minister for Information and Broadcasting Chaudhry Fawad Hussain on Sunday attributed the prevailing ills in the country as a fallout to the unprecedented corruption by the Sharif brothers and Asif Ali Zardari.

The price hike, inflation, rupee depreciation and all other economic woes of the country were because of the corruption the three families had done while in government, he added.

He urged the nation to strengthen Prime Minister Imran Khan as it was not possible to tackle the massive deep-rooted corrupt practices single-handedly.

Addressing a press conference flanked by Minister of State for Revenue Hammad Azhar and Special Assistant to the Prime Minister on Accountability Shahzad Akbar, the minister said the elimination of corruption in the country was the collective responsibility of the entire nation. Prime Minister Imran Khan and his government could do nothing in that regard without the support of people.

Tracing the history of corruption in the country, Fawad said it was the Sharif family which marked the beginning of corrupt practices. The then prime minister Nawaz Sharif in 1992 introduced the Economic Reform Act to keep the source of money coming abroad undisclosed. It had a clause under which the source of investment could not be questioned.

Similarly, he said former finance minister Ishaq Dar had introduced money laundering in the country, who had even confessed his crime in the year 2000. He got opened fake bank accounts for the purpose.

He said in the late 1990s, the Hudaibiya Paper Mills and Hill Matels were found involved in large suspicious transactions. Hudaibia Paper Mills case was a role model as to how the amount generated through corruption could be concealed.

The Sharif family used the accounts of the two entities for money laundering, he added.

Similarly, he said former president Asif Zardari opened a series of fake bank accounts in Sindh. The identity cards of drivers, security guards and gardeners were fraudulently used to open fake accounts for laundering money. The expenditures of Zardari’s children, including the bills for their birthday gifts, and Bilawal House were paid through the fake accounts.

The minister said investigations against former Punjab chief minister Shehbaz Sharif in the assets beyond means case started in the year 2018. His family, including his wife and children, went abroad soon after the investigations got underway. With that, a huge amount was transferred to them through 200 Swift messages. About $20.60 million were transferred to the accounts of Shehbaz's family and 26 million dollars was remitted back to his bank account in Pakistan.

The minister said about $1 million was transferred to Shehbaz's family from the account of a poor vendor of Pind Daden Khan. About 70 persons had been identified, whose accounts were used while the identity of 14 others could not be ascertained.

Shehbaz Sharif, he said, had no source of income during that period except his salary as a chief minister.

He said Shehbaz's family had a small fraction of the wealth, which they had stashed abroad, in the country. Shehbaz had two houses in London, which he had declared.

The minister said 95 per cent of the declared assets of Hamza Shehbaz had been transferred from abroad through Swift messages. Similarly, 99 percent of Salman Shehbaz’s assets and 100 percent assets of Shehbaz's daughters were also transferred in the country through swift messages, he added.

He said Rs 1.26 billion was remitted to Nawaz Sharif's account from abroad through Swift messages.

The minister said the Federal Investigation Agency had identified about 5,032 fake bank accounts.

He said a whopping increase was witnessed in the country's foreign debt, which touches $60 billion during the last decade from $ 37 billion accumulated from 1947 to 2008.

SAPM Shahzad Akbar said the corrupt families established fake companies in Dubai to launder money. The nation wanted the accountability process to reach its logical conclusion and the government was determined to bring back the looted money. The government could not interfere in the affairs of the National Accountability Bureau, but it would provide the Bureau with every support to improve its prosecution department.