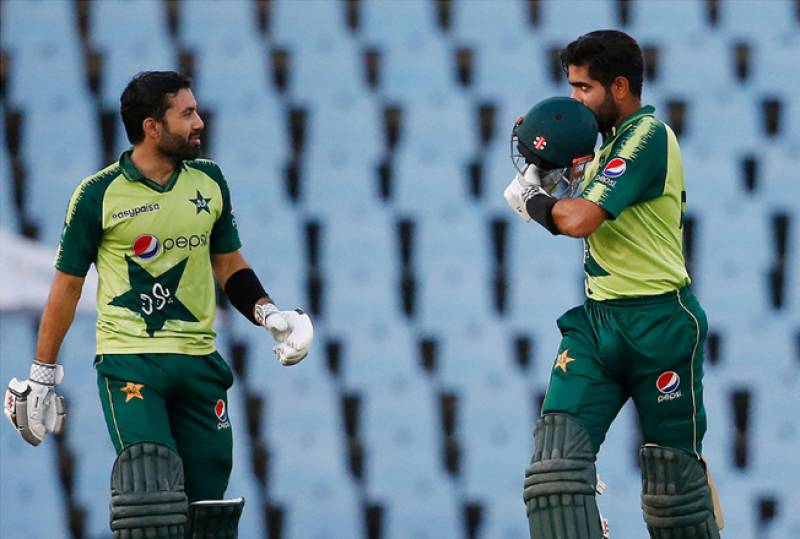 JOHANNESBURG – Pakistan cricket team completed their highest ever successful run-chase in third Twenty20 International against South Africa with 12 balls to spare on Wednesday.

Pakistan also became the first team to chase 200+ in T20Is with only one wicket down.

After today's match Pakistan lead the series 2-1. The last and 4th game of t20 will be played on April 16 (Friday).