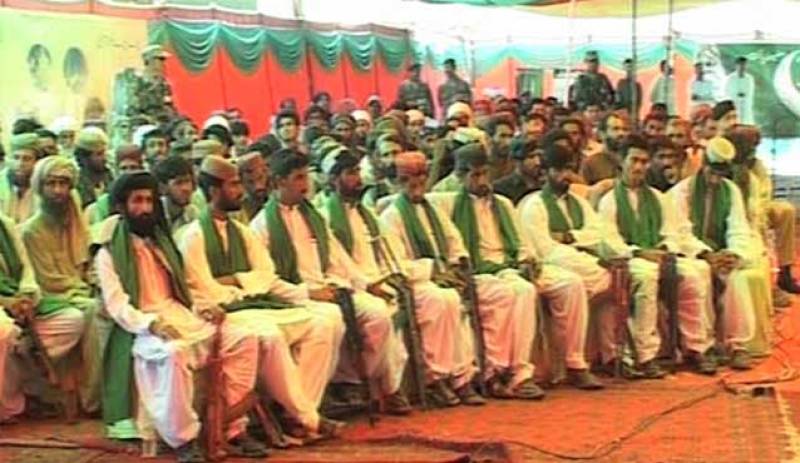 QUETTA (Staff Report) - Four hundred Baloch separatists have surrendered in a ceremony held on the occasion of Independence Day here on Friday and they resolved not to fight against the state.

The separatists surrendered expressed their emotions and feelings. They pretended for fighting for a false and baseless cause.

They vowed that they would never fight against the state. "We will remain peaceful and loyal to Pakistan and will live rest of the life as a Pakistani national," they said.

Addressing the ceremony, Commander Southern Command, Lt Gen. Muhammad Nasser Khan Janjua said that militants should join mainstream for the bright future of people of Pakistan. "All militants should have to leave their fight against the state in order to join mainstream as progress and prosperity of Balochistan and development of their people links with the restoration of peace," he said.

Home Minister, Mir Sarfaraz Bugti said that terrorists would not be allowed to damage the peace of Balochistan. "The militants have been given chance to surrender to live a peaceful life," he said, adding that he forgave those who even killed his beloved ones. He said that Baloch people love Pakistan and they are loyal and patriot Pakistanis.