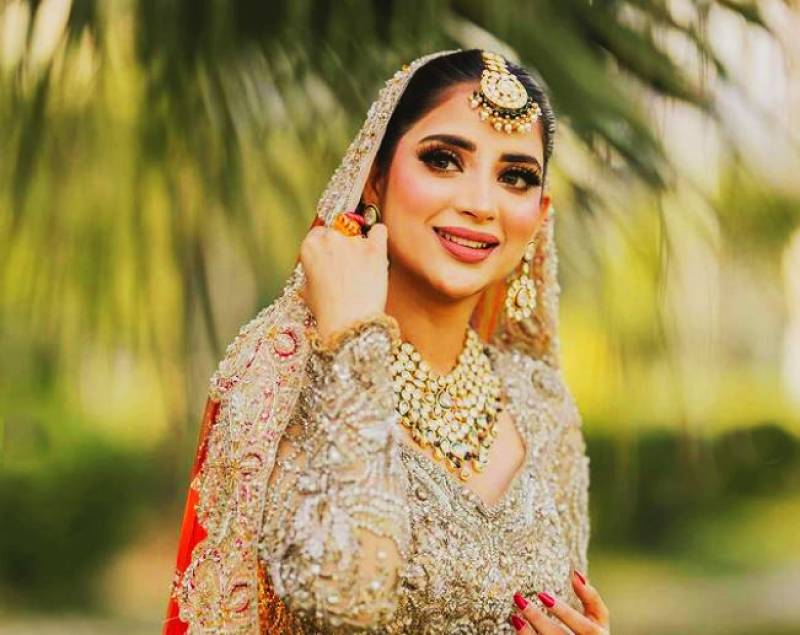 Pakistani TV actor Saboor Aly has won the hearts of her fans and fellow showbiz stars as she shared her dazzling pictures in a bridal outfit which soon went viral on the internet.

The Fitrat star was dressed up in bridal galore in a gorgeous fashion shoot “Makeup Studio By Maria”, which has left the internet awestruck.

Here are some of the stunning pictures of Saboor, captured by Maha Wajahat.

Lollywood diva has won thousands of hearts at a very young age and is still making headlines for her fashionable wardrobe choices and acting talent.

The gorgeous ladies from the entertainment vicinity are quite fond of socialising with each other and the latest ...

The 27-year-old appeared in several Pakistani soap operas while she was praised for her performance in Amanat co-starring Urwa Hocane, Imran Abbas, and Haroon Shahid.