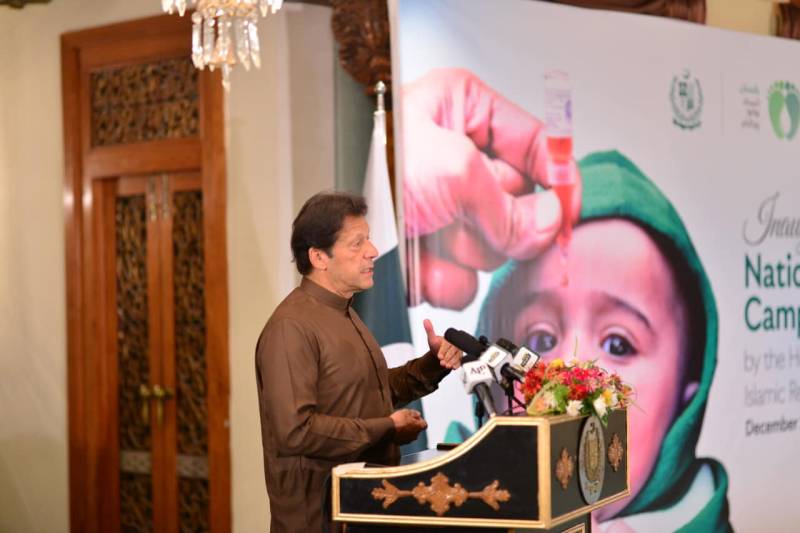 He said Pakistan is among the very few countries that still have traces of polio, despite numerous successes rendered by polio staff. Imran Khan said polio is a crippling disease with a lot of repercussions on the population.

He urged the parents to actively seek to administer anti-polio drops to their children, should they miss the campaign.

He reiterated commitment to eradicate the poliovirus completely from the country in the coming years.