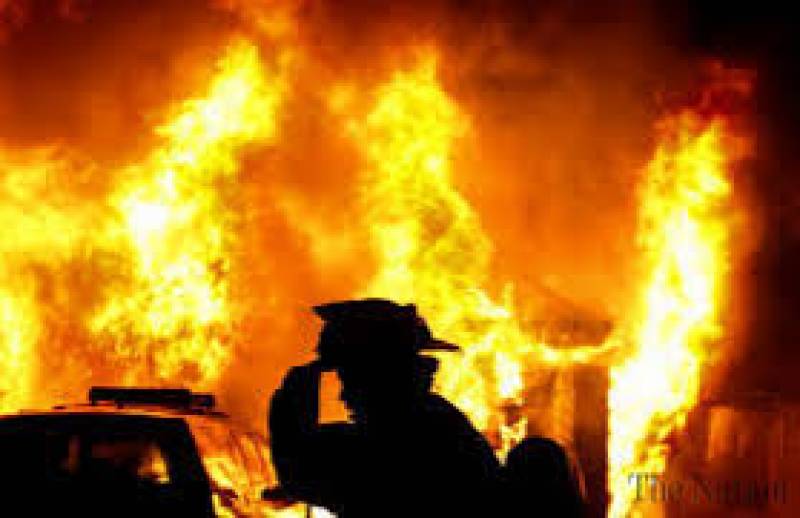 SUKKUR – At least four people including two children died after a fire broke out at a four-storey building in Sukkur on wee hours of Friday.

According to Rescue service officials, a fire broke out in shops on the ground floor due to which smoke accumulated in flats on the upper floors of the building, causing the death of four persons due to suffocation. Another three persons sustained burn injuries.

The dead and injured were shifted to a nearby hospital.

Three members of a family that include a man and his two sons were killed in the fire.