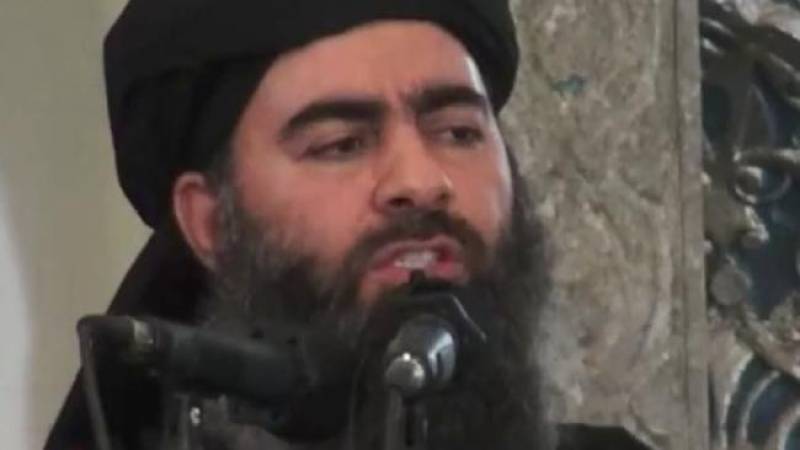 DAMASCUS (Web Desk) - Abu Bakr al-Baghdadi, leader of self-styled Islamic State, has reportedly been killed in a US air strike in Raqqa, Syria, a Turkish daily reported on Tuesday.

Baghdadi’s expected death, reported by Yenis Safak, would be a major blow for the terrorists and comes only days after 50 people were killed in an Orlando nightclub by a man pledging allegiance to ISIS.

However, the United States and its coalition partners have yet to confirm the supposed death.

In the past, several inaccurate reports have emerged claiming the death or wounding of al-Baghdadi, who proclaimed himself caliph of all Muslims two years ago.

This new report in a Turkish daily said al-Baghdadi had been killed on Sunday morning by an air strike in Syria.

A Pentagon spokesman told MailOnline they were not aware of any 'high-value targets' having been killed.

Baghdadi was born as Ibrahim Awwad Ibrahim al-Badri, in 1971 in Samarra, Iraq, to a lower-middle class Sunni family.

He rose from obscurity to lead what has now become the world's most infamous and feared terror group, bolstering the organization's support globally as it launched its sickening offensive across Syria and Iraq.

The situation is in direct contrast to the likes of Osama bin Laden, who regularly appeared in videos sprouting hate messages and was internationally known long before 9/11.

Unlike the world's most wanted terrorist before him, Osama bin Laden, who made regular appearances in recorded video messages, Baghdadi's only appearance came during a slick propaganda video last summer, when he led a sermon in a mosque in the northern Iraqi city of Mosul.

The video - which showed a man with a black and grey beard wearing a black robe and matching turban - came after the group captured Iraq's second-largest city, a watershed moment which highlighted how quickly the terror group was gaining territory.

Baghdadi apparently joined the insurgency that erupted after the 2003 US-led invasion of Iraq, at one point spending time in a U.S. military prison in the country's south.

But he did not swear allegiance to the leader of the al-Qaeda network, Zawahiri, who had urged ISIS to focus on Iraq and leave Syria to al-Nusra.

In fact, Baghdadi and his fighters have openly defied the al-Qaeda chief, leading some commentators to believe he now holds higher prestige among many Islamist militants.