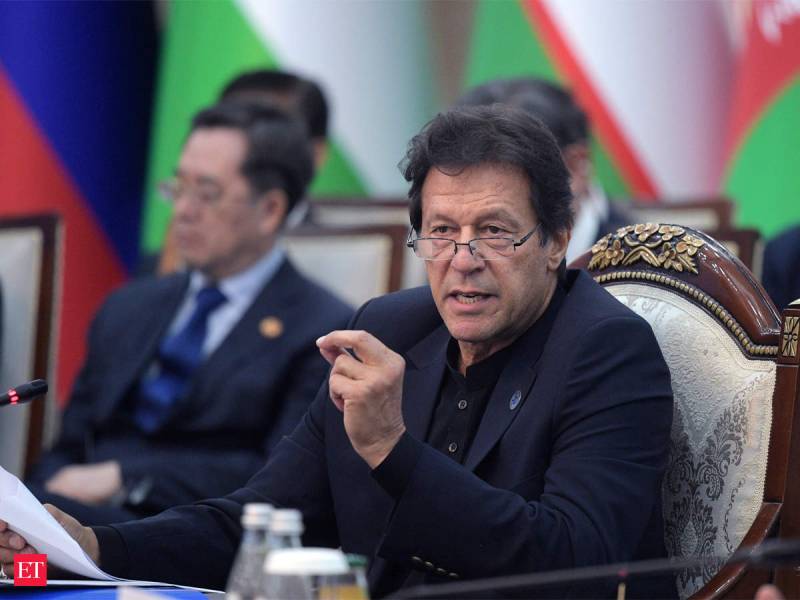 BISHKEK – In what the international media is portraying as a breach of diplomatic protocol, Prime Minister of Pakistan Imran Khan remained sitting while everyone else stood to welcome the head of states entering the hall at the opening ceremony of the Shanghai Cooperation Organisation (SCO) Summit held in Kyrgyzstan's capital yesterday.

In a video shared on the official Twitter handle of Pakistan Tehreek-e-Insaf (PTI), Khan is seen standing up briefly after realising that he was perhaps the only one seated. However, he then seated himself again before the others did.

Prime Minister of #Pakistan @ImranKhanPTI's Arrival with other World Leaders at Invitation of President of Kyrgyzstan for Opening Ceremony 19th Meeting of the Council of the Heads of State of the Shanghai Cooperation Organization in Bishkek Kyrgyzstan (13.06.19)#SCOSummit2019 pic.twitter.com/fYdKYN3Fv7

The Pakistani premier has subsequently met with immense censure by the international media that is condemning this breach of protocol.

Khan and the leaders of the SCO member countries, including Prime Minister Narendra Modi and Russian President Vladimir Putin, are attending the two-day summit in Bishkek.