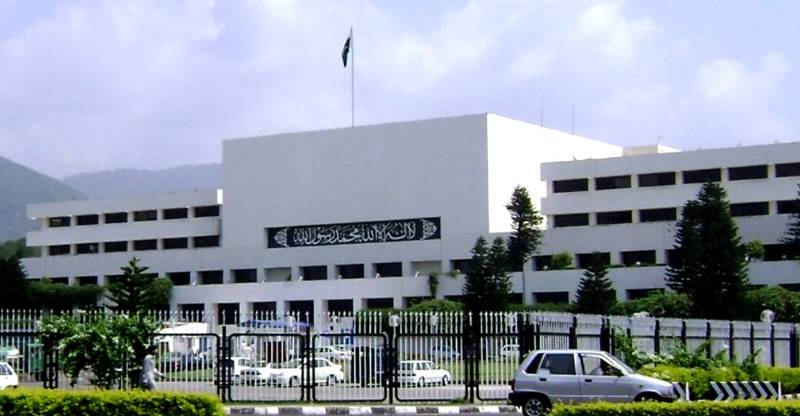 ISLAMABAD – The National Assembly secretariat has been closed till March 16 amid rising coronavirus cases.

The authorities have also approached the Capital Development Authority officials to immediately disinfect all the offices of the Assembly.

The staff has been directed to ensure their availability on the phone while wearing masks in the secretariat has been declared mandatory while hugging, shaking hands and other meetings are prohibited. 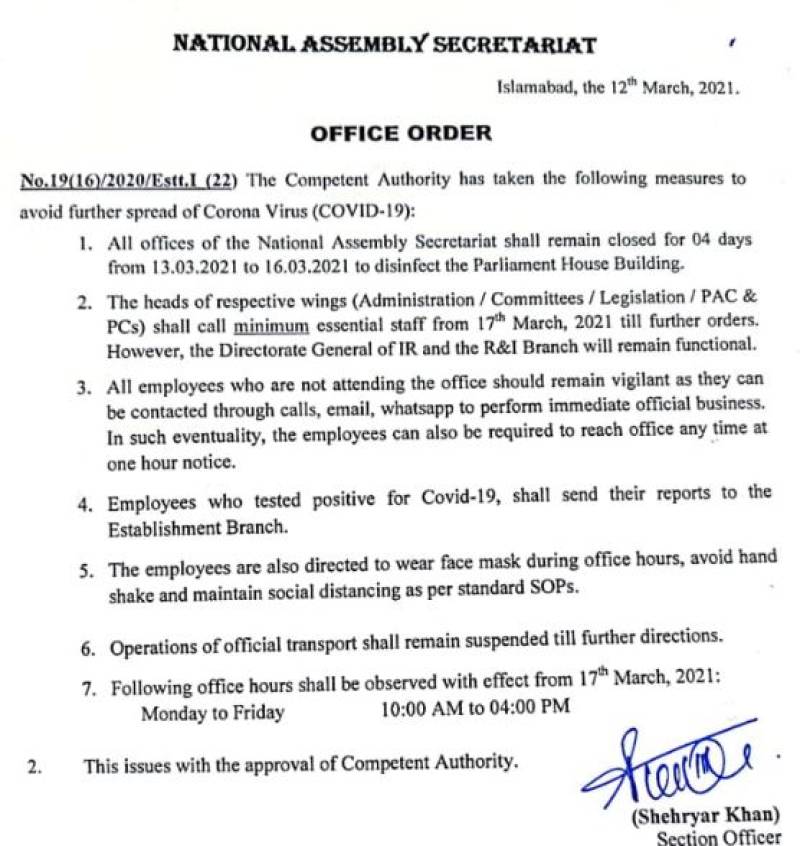 Moreover, all the officeholders along with relevant staff have been advised to undergo PCR tests to avoid further spread.

The notification further added that the officeholders will call only necessary staff and nobody will be allowed to enter the assembly premises without a mask from March 17. Adding that, office hours will be from 10 am to 4 pm.

ISLAMABAD – At least 32 people lost their lives due to the novel coronavirus infection while 2,664 fresh cases ...

Earlier on Saturday, National Command and Operation Centre (NCOC) Chief Asad Umar announced that government may have to go for another lockdown if there is a continued increase in Covid-19 cases.