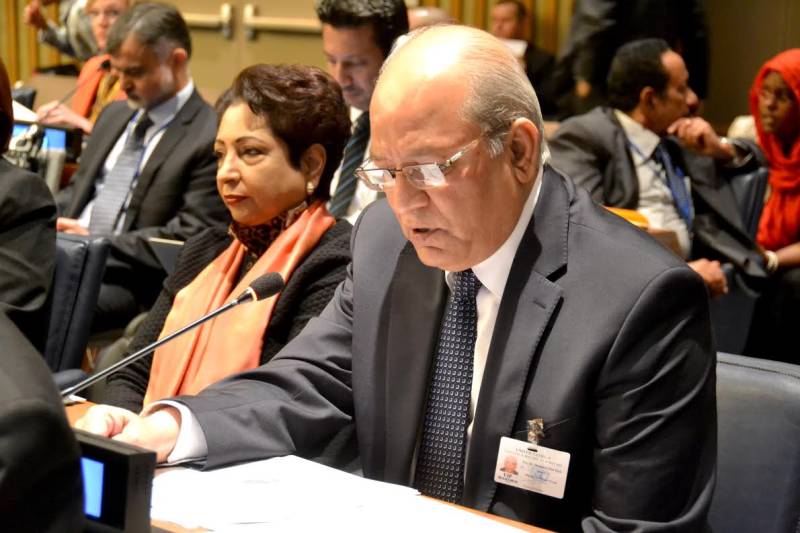 NEW YORK (Staff Report) - Pakistan has reaffirmed its support to the global objective of forests, telling the United Nations that it was taking many tangible steps for sustainable management of forests consistent with the International Arrangement on Forests.

Senator Mushahid Ullah Khan, Minister for Climate Change while speaking at the United Nations Forum on Forests in New York said Pakistan has already taken necessary legislative measures fulfilling its obligations under the Rio Conventions. He strongly argued for a strengthened International Arrangement on Forests that could address forestry issues in a holistic manner contributing to sustainable development and poverty eradication in the developing countries.

The minister further said the outcomes and deliberations of UN Forest Forum have contributed positively to the forest related policies in Pakistan.

Referring to the Millennium Development Goals on Environmental Sustainability, Mr Khan said Pakistan has achieved the target of 12 percent protected areas. “However, the target to increase the forest cover to 6% is yet to be achieved. We are working to meet this target,” he added.

Pakistan has also made significant strides under the UN initiative called Reducing Emissions from Deforestation and Forest Degradation (REDD+), he said.

“We would be ready to enter in the implementation phase as envisaged in the Cancun Agreement and the Warsaw Framework on REDD+ in next 2 years, including the full implementation of result based actions,” added Mr Khan.

He told the forum that the government was also promoting public private partnerships to attract private sector investments in the forestry sector in Pakistan. However, the minister cautioned that the achievement of the global objectives of forests adopted by the UNFF and the Non-Legally Binding Instrument on all types of forests would not be possible without adequate means of implementation.

The Pakistani representative also expressed support for predictable and scaled up financial resources for all forestry related projects and initiatives and endorsed the establishment of Global Forest Fund to meet the forest financing needs in the developing countries.

The projects under REDD+ should be financed through the Green Climate Fund and REDD+ should be anchored comprehensively in the 2015 Climate agreement, the minister stressed.